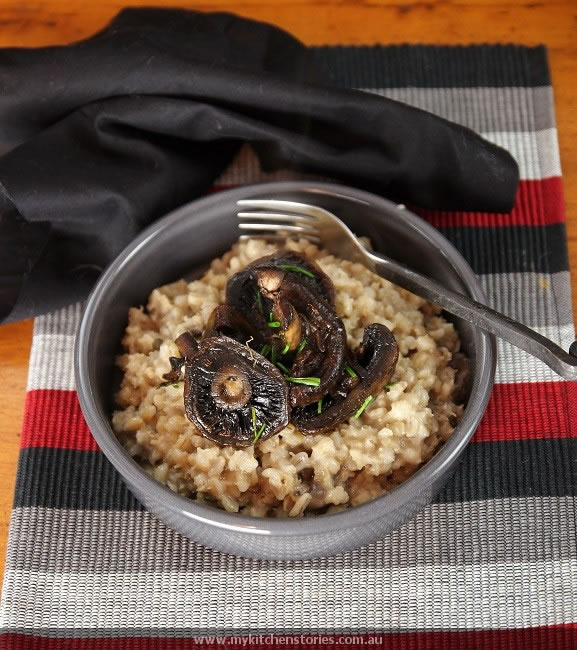 Isn’t this a lovely wintry dish?. Barley Risotto Field Mushrooms and balsamic. I almost feel a little pang of guilt suggesting you make this. There is so much backlash against the humble grain that it seems almost indulgent. The truth is that for most of us grains and a few carbs here and there are essential. I really think that we just need to concentrate on eating some good home cooked foods….and that is exactly what this is.  I have used barley instead of rice to make a risotto and it is deliciously textural and quite flavoursome.  If you haven’t hunted down a good deli to buy some Italian risotto rice, either Carnaroli or Vialone Nano (this is a protected product and doesn’t grow any where else – officially)  then barley is a far better grain to use than the gluggy nasty “aborio” rice you can get in the big supermarkets. (If you would like to know the differences and the uses of the two Italian rices then just let me know). 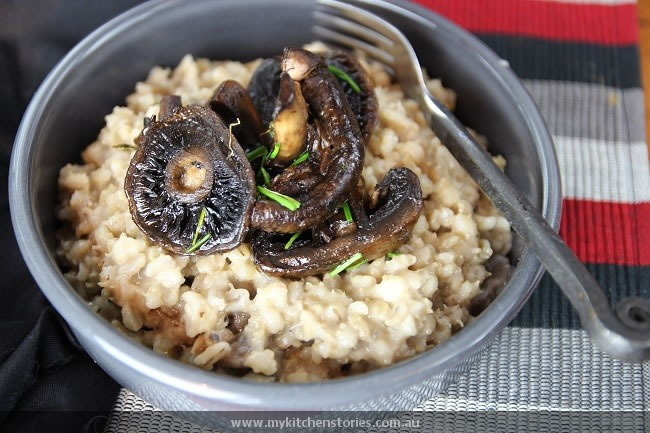 There are lots of other uses for barley, once you have a pack in your possession. Try using it in a soup or stew instead of rice or couscous. Great for a tabouli. Use it with roasted vegetables and crumbled feta or instead of potato with a steak and some nice mustard mushroom sauce. What’s the difference between Farro, Barley and Quinoa? 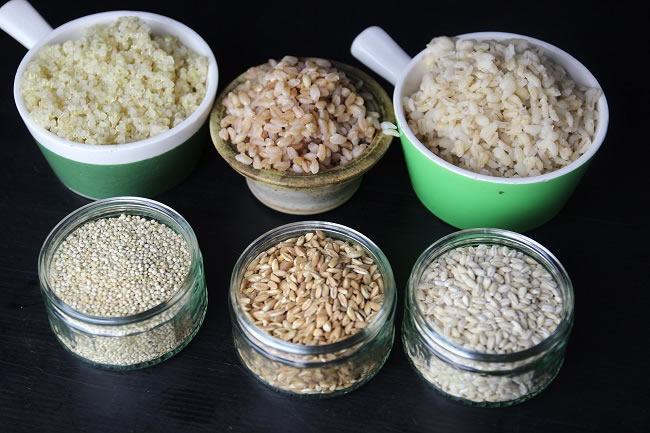 To begin both the Farro ( spelt) and the barley I’ve used are ” pearled”, which means they have had the outer husk removed. This takes away just a little of it’s wholegrain qualities but it allows them to be cooked without soaking and quite quickly. They boil in about the same time as rice, with the Farro taking about 5 minutes longer.

Quinoa is proving not only to be a nutritious super-food but it boils quickly and can be used instead of rice or couscous and can be shaped into all kinds of delicious patties with the addition of some flavourings, egg and/ or breadcrumbs.  It’s even great thrown into muffins and cakes! It is a plant that resembles grass and although the seeds( quinoa) are very wholegrain in nature they aren’t actually a grain at all.

Farro ( or spelt) is a naturally organic grain. It can grow without pesticide or fertilisers and is almost weed-like when it gets growing. Although from the wheat family it contains less gluten, making it more easily digested for some. There is a lot more of it grown now that it has been discovered to contain “less” gluten.  It was not grown commercially for many years as it grows very slowly compared to other varieties of wheat. It never lost popularity in places like Italy, but now they have to share their Spelt with us. Use it for Farro salad with peas, butternut pumpkin and feta, thicken soups with it, use it in cheesy bakes. It is also ground into a flour and used for baking. 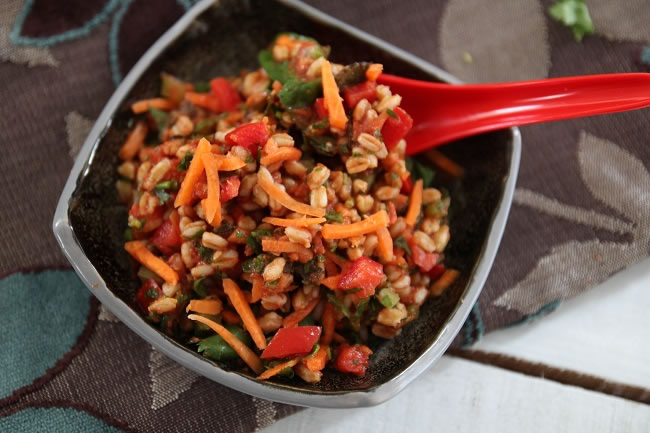 Fabulously fresh Salad. Farro is a great grain for salads

Barley  is a cereal grain grown all over the world. It has a nutty chewy texture that is very similar to brown rice, but before you get turned off by that it’s a lot softer. There is no doubt it makes a great soup but it’s also great for:  Stuffing chicken or vegetables like squash or mushrooms, mixed into burger mince, in a fritatta, or as a pilaf and risotto. 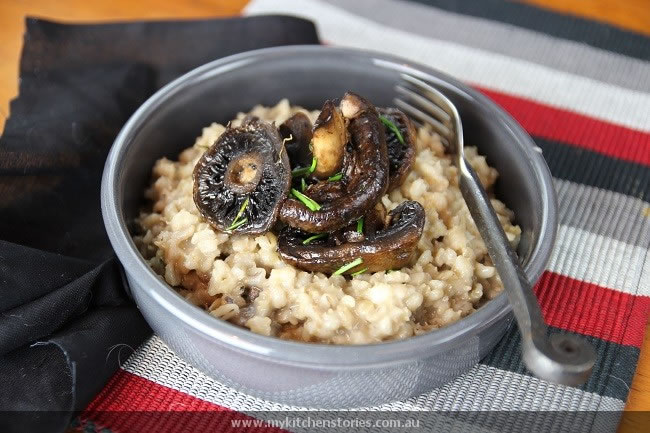 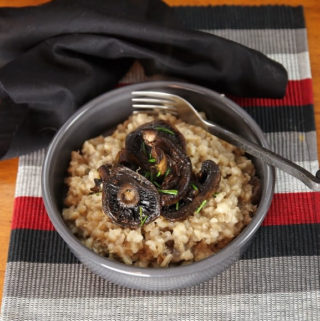 Do you have some left over cooked Quinoa?. Why not make some delicious Salmon & Quinoa Cakes…look out for the recipe.

1 shares
Previous Post: « Hot baths and a 2kg Beefsteak, I love you Italy
Next Post: How to make and use Coriander Macadamia Pesto »