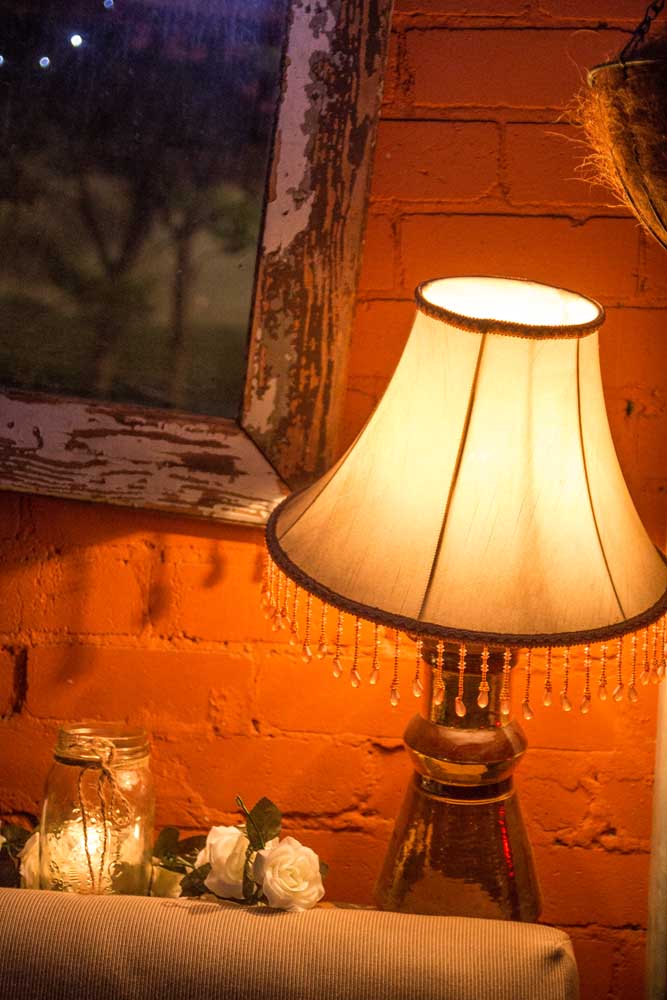 The Gasoline Pony is not known for it’s degustation dinners, it’s a small bar in Marrickville with a very strong heart. When a dinner was announced on their newsletter a couple of weeks ago it sold out in record time.  I suspect this had a lot to do  both curiosity and price as the $60 degustation   6 course menu with matching Oatley Fine Wines, appeared to be a bargain, and it was. This was the first, but judging by the appreciative crowd of people last Friday night I think they might have takers for some more. 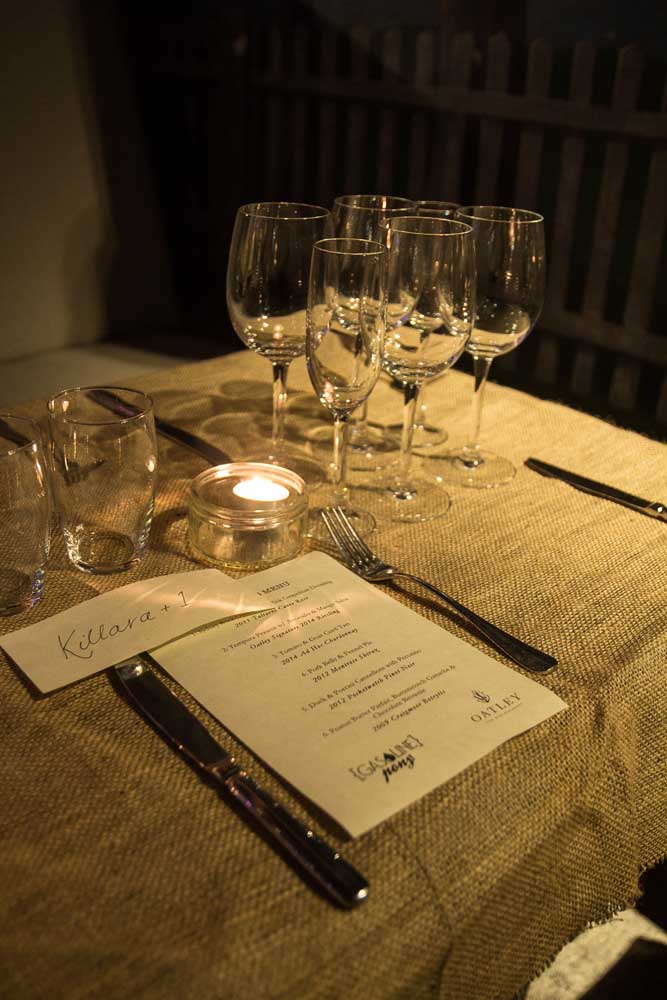 It’s no secret that The Pony as it is affectionately known is a real favourite with the Marrickville community. It is not age relevant, it’s relaxed, there’s always music, drinks and a buzz of happy people. It’s due to the way it’s owners Fiona Cook and Elmo, her brother, both Musicians themselves manage to combine a good time and a whole lot of community spirit. One look at their Facebook page and you will see that there are always a lot of opportunities here for musicians, singers, would be performers and even the growing crowd that attends Fiona’s Acca-Pony. She has a real talent for bringing out the best voice and enthusiasm in others.

So what’s the Degustation all about? 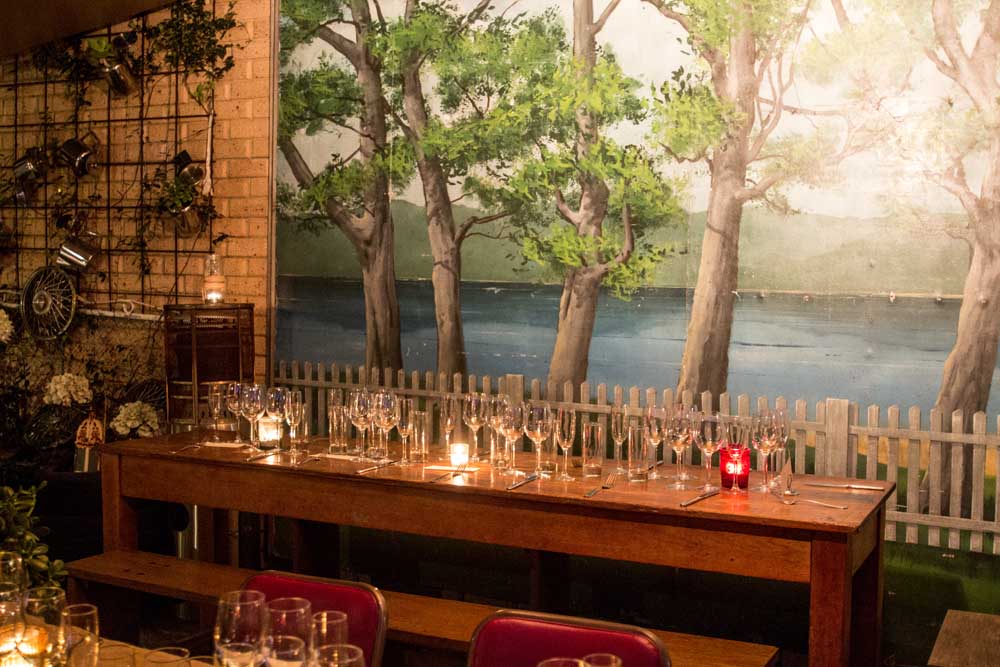 “There’s a new chef, Don,  at The Pony and he wanted to spread his wings. He wanted to have a chance to show he can cook more than toasted sandwiches” says Fiona “…and I was happy to support that. I know the price was very cheap but things aren’t always about making lots of money.”

Oatley Wine Merchants came on board to support the night. The menu is below and some pictures (especially for the regulars who missed out or for those that are just curious how a dinner for 50 people was set up in the tiny backyard of the bar). 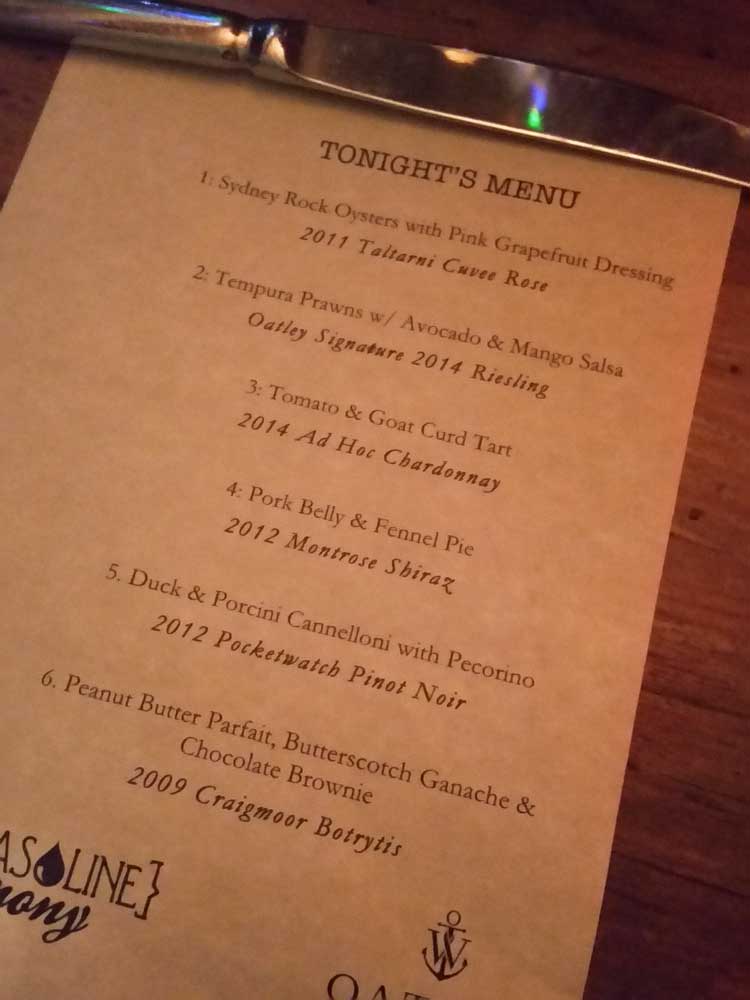 Here’s the kitchen. ( It’s the whole kitchen pictured here except for a small bench area with a sink) 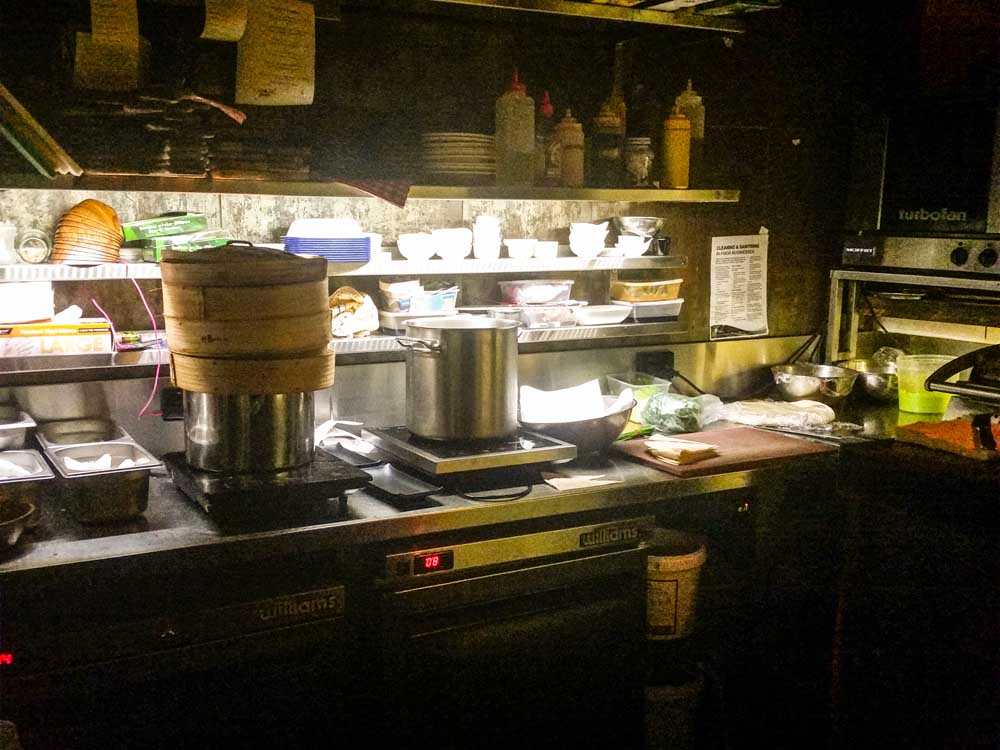 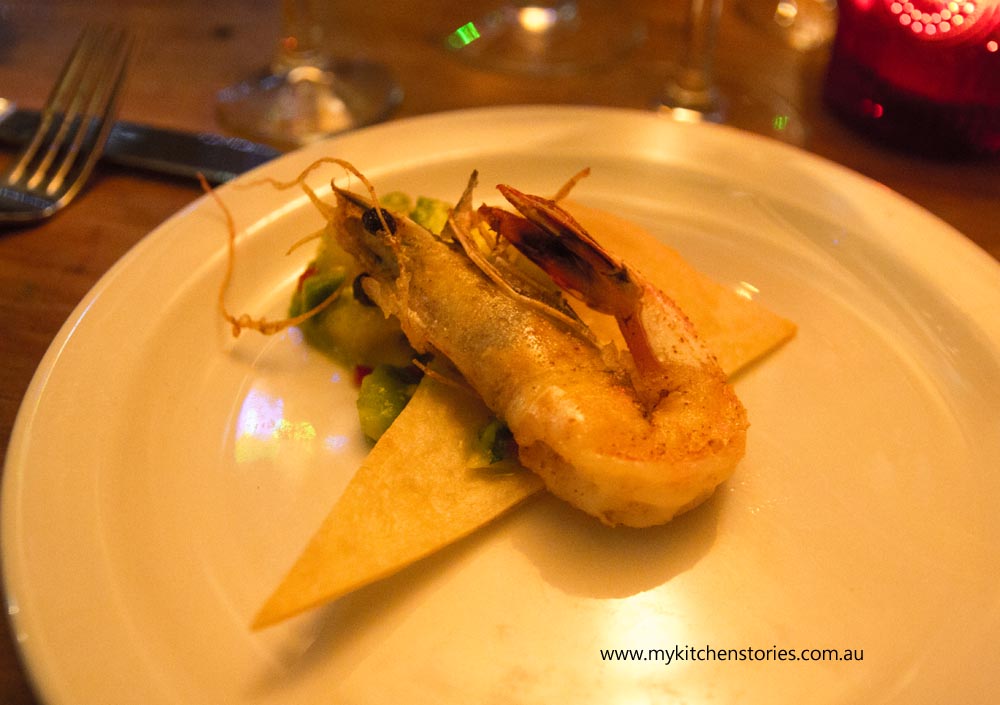 After two fat Sydney rock oysters with a Grapefruit eshallot dressing and a glass of Taltarni Cuvee Rose we moved on to Tempura Prawns with Avocado and Mango salsa with Oatley signature Riesling 2014 . Gorgeous big Prawns with a light coating was a great match with one of my favourite wines of the night. A Riesling from Western Australia’s leading Riesling region, crisp, dry and citrusy with a pleasant acidity it was a stunner. 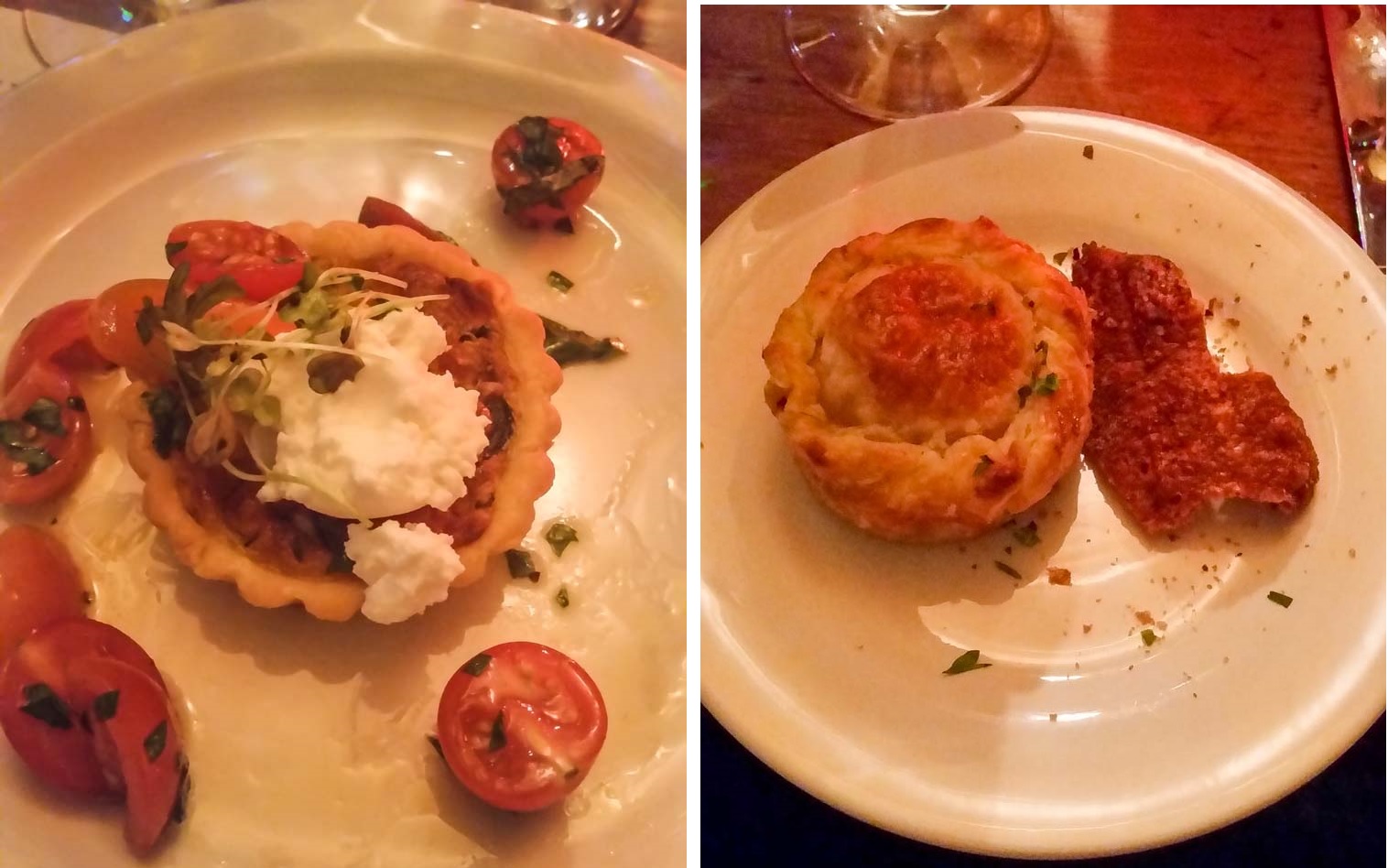 A Tomato and Goat curd Tart came next with tiny heirloom tomatoes and a tangy dressing . Both worked very nicely with a 2014 Ad Hoc Chardonnay that was fresh and light with citrusy notes. Flaky pastry stuffed with tender Pork Belly and fennel filling was the next course. The happy crunching of pork cracking was so loud it was like one of the choruses to Fiona’s songs. A glass of 2012 Montrose Shiraz from Mudgee was a beautiful lighter brighter Shiraz, full of lovely juicy fruit with a gorgeous velvety mouth feel. 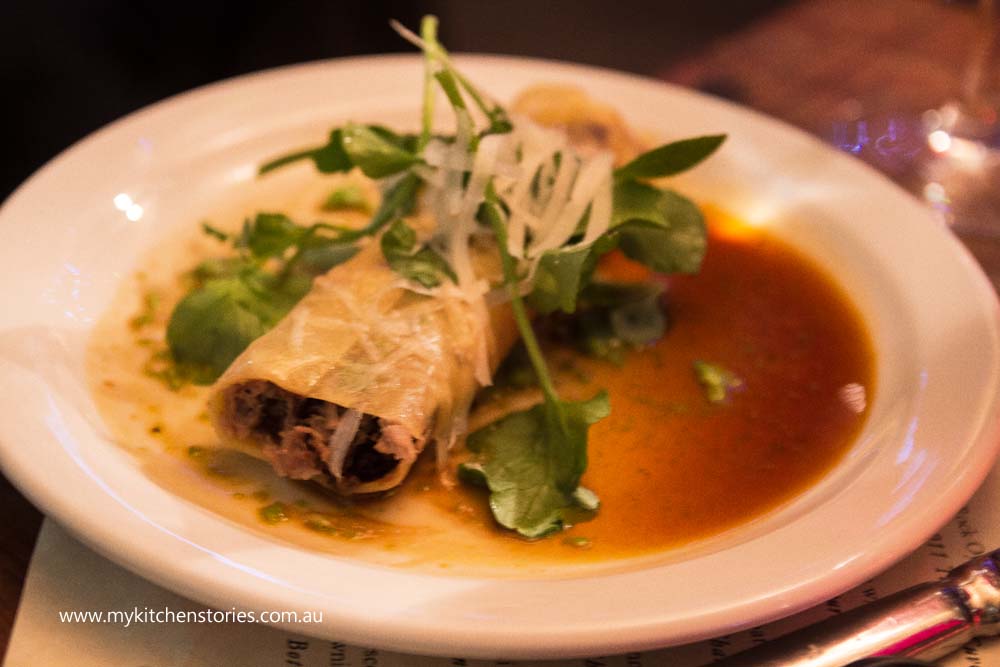 This was followed by a delicious Duck studded Cannelloni with grated Pecorino and it came with a glass of 2012 Pocket Watch Pinot Noir, a blend of Mornington Peninsular and Yarra Valley fruit. It’s a farm yard-y fragrant, silky soft, mid weight Pinot and it is perfect for Duck. 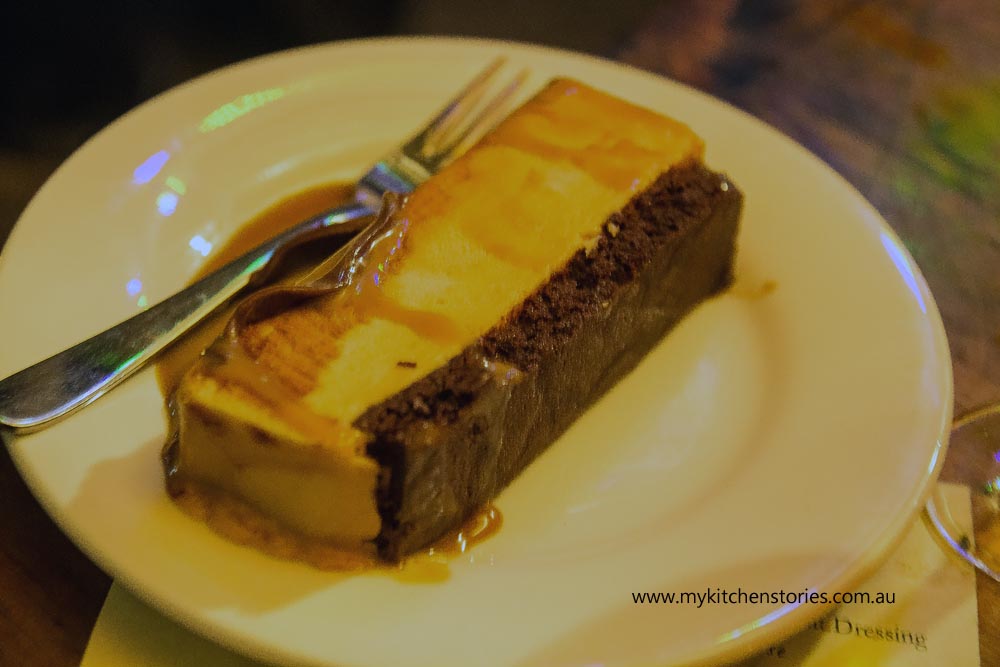 Rich and beautifully decadent chocolate and peanut butter parfait with a chocolate brownie base was so large I needed an extra glass of the 2009 Mudgee Craigmore Botrytis to wash it down. This was no chore on either account. The very drinkable dessert wine is a blend of Sauvignon Blanc & Semillon, with peach and light fruit notes that is not overpoweringly sweet or viscous. 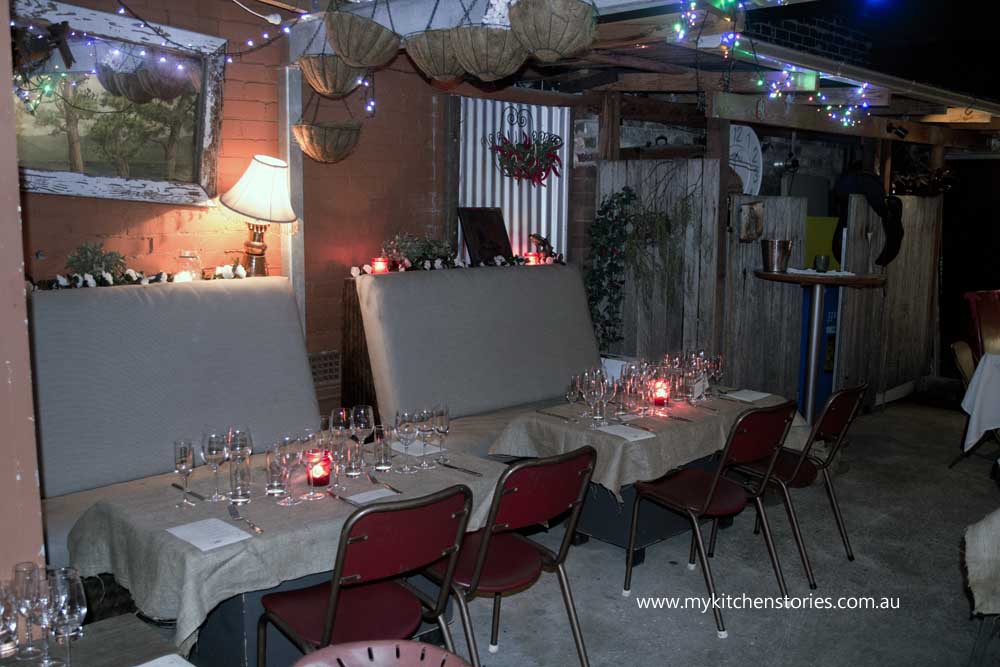 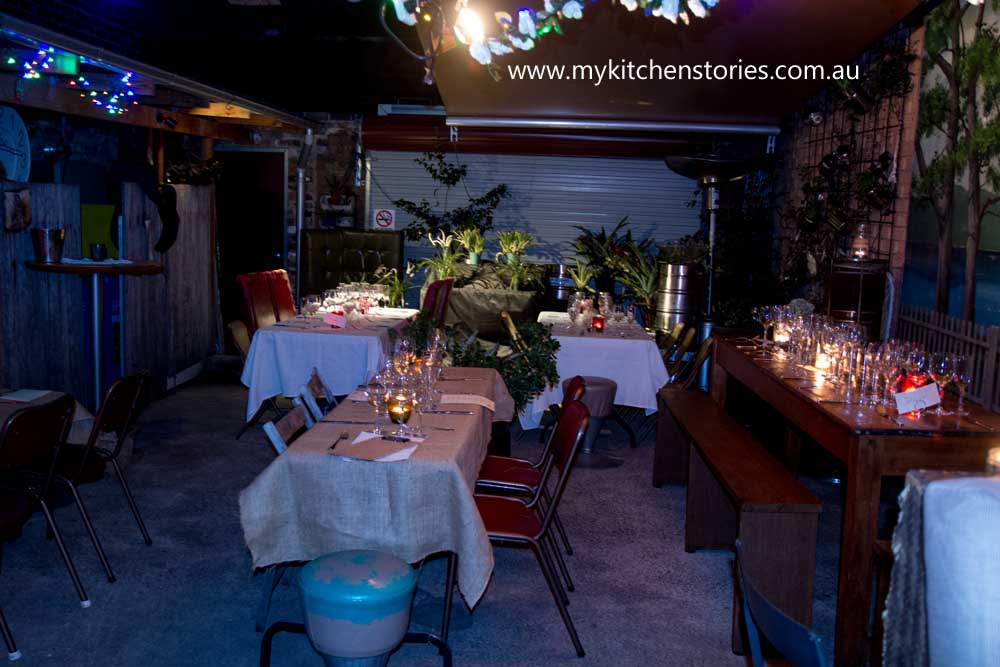 And that’s a wrap. Don came out to thank his happy customers for coming along. That is how The Gasoline Pony happened to have their own pop up restaurant and The Gasoline Pony Degustation Dinner was born.  If there is ever another I will be there. I am going to keep my eye on that newsletter so I can book the first ticket.