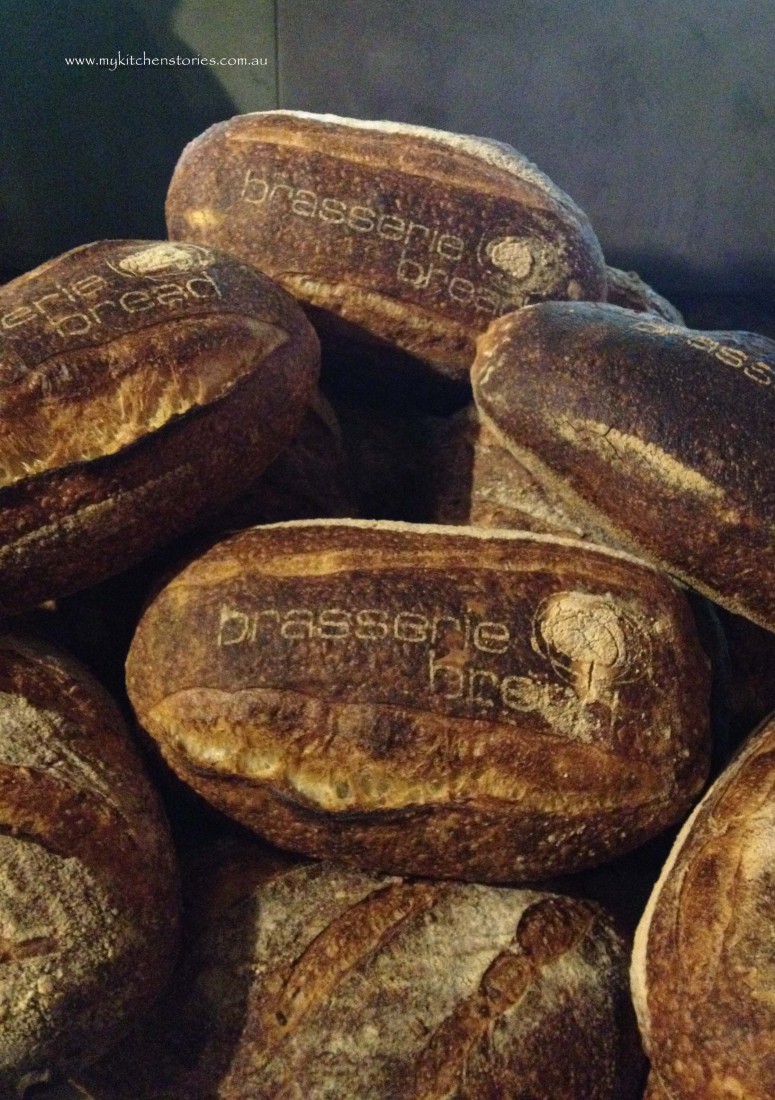 There are so few ingredients in bread it’s important to make sure they are all the best available. It makes perfect sense.

There is a little revolution going on in bread.  Michael Klausen, owner and founder of, Brasserie Bread was not satisfied with making his bread with a big bag of blended flour, from mostly unknown sources, it was not what he wanted. He wanted to know where it came from. He reasoned that if he went into a restaurant he could be told the vegetables were grown locally or that the lamb was from a specific place yet, the bread, a very important part of that meal, was not included in the list of sourced ingredients. He wondered why. This began a long quest. Bread could be and should be single origin too.

What is Single Origin?

Single Origin means that the source of an ingredient is known and can be traced back to where it was produced. Single origin flour is very hard to find as the usual harvest and milling of wheat involves it being blended with other milled wheat from all over the area and sometimes much further afield. Michael wanted to use wheat that was milled and grown without blending, he wanted to know where it came from, what it’s characteristics and flavour were, and when it was harvested.

Flour is like every other ingredient. It has terroir, meaning each area produces a flavour, colour and smell all it’s own, entirely influenced by the soil, weather and what it is fed. Single origin wheat is quite rare. By chance Michael met farmers from Flinders Rangers Premium Grain. They are a small collective who have united to support each other in growing high protein, lower yielding but more flavoursome wheat. They have managed to do this AND practise sustainable farming. Regeneration of the soil has been a very important part of the way the collective has produced their flavourful, single origin wheat. This is something that has happened in other small communities in other countries but has not been common in Australia. 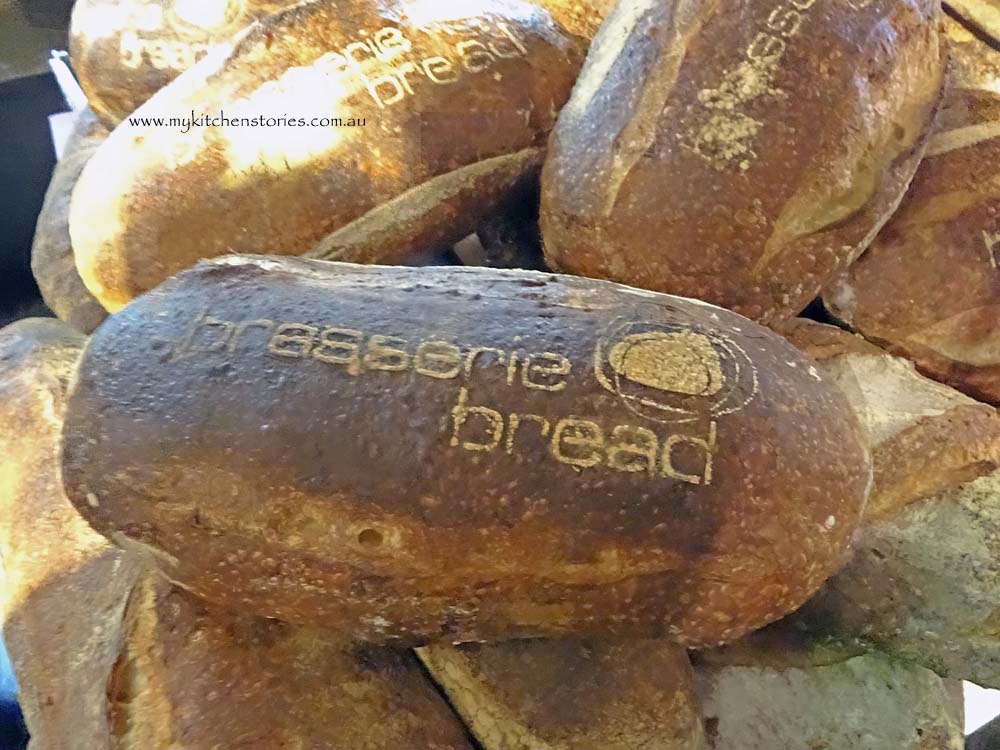 This fitted exactly what Michael was looking for. The flour, milled from wheat that was grown by someone he knew and from a consistent area. These everyday Australians, mostly 4 or 5 generation farmers, plant and raise the crops, then harvest and mill it without it being blended or mixed in any way with flour or wheat from any other area. They view their wheat as a food rather than a commodity, so passion and pride are part of this revolution.  This really is a new beginning for Australian single origin production. It will set a precedent for the future. Single Origin Bread.

Wheat has been given a bad name

Australians eat a lot of wheat and like many countries around the world this important crop has been reduced to a workhorse. It is mass produced. Many strains are grafted together to produce high yielding products that don’t have much flavour left in them. Fertilization, anti fungals and pesticides take their toll on the soil and waterways. Lack of these vital healthy basics don’t make the best wheat and ultimately do not make THE BEST bread. This is a grain that has suffered an identity crisis. Wheat is not the problem, it is the way it is grown and commercialized and many believe that over industrialization of this important grain has contributed to it being linked to allergies. Here is our chance to get behind getting the flavour and nutrition back into wheat.

If all of that doesn’t convince you, I know this video will.

The Single Origin Bread took 6 months to perfect, to bring out the best flavour and structure. The planting of the seed for this collaboration however, has been in the making for much much longer.

Lots of different varieties of wheat are grown in Australia. All wheat has it’s own characteristics and all react in different ways to the bread making process. The grain used by Brasserie Bread is called katana and it was developed for the Japanese noodle market. The bakers make a diverse variety of breads from this high protein flavoursome wheat, from soft milk buns to the new age sprouted single origin wheat bread, but the sourdough bread it produces from a 20 year old starter, has a golden cracking crust. It has a shiny almost waxy looking interior with a well structured crumb. The same bread dough also makes one of the best pizza bases you could possibly imagine….. so look out Pizza world…… 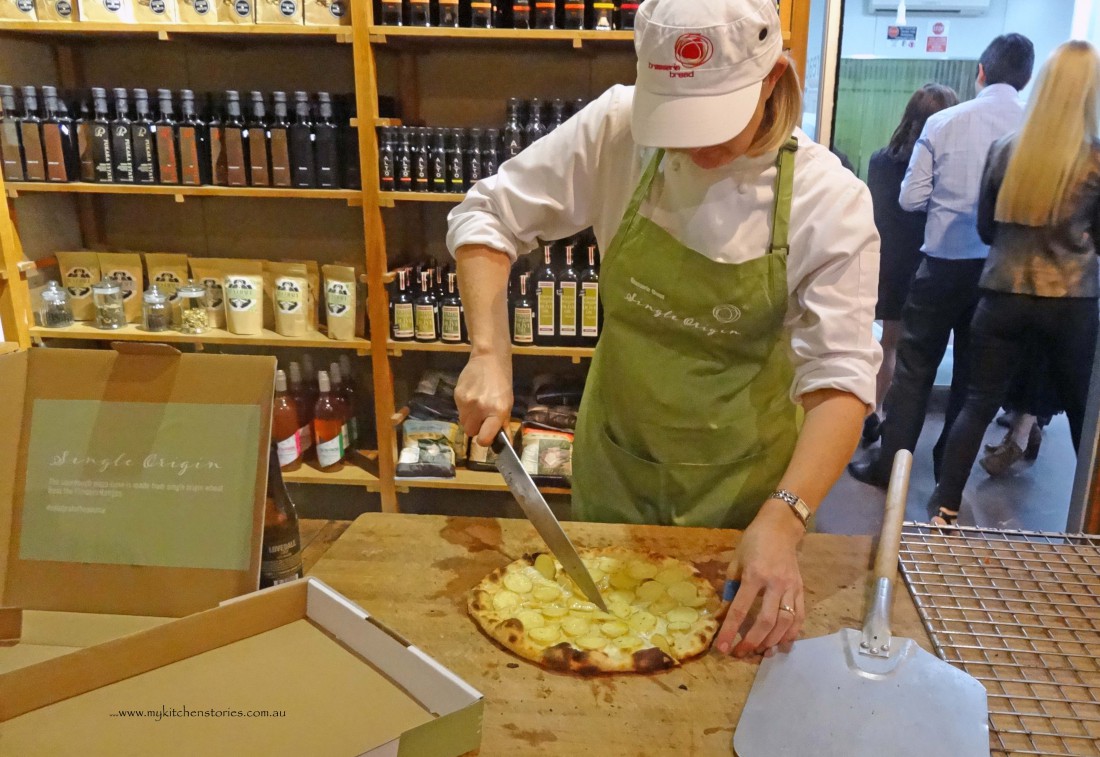 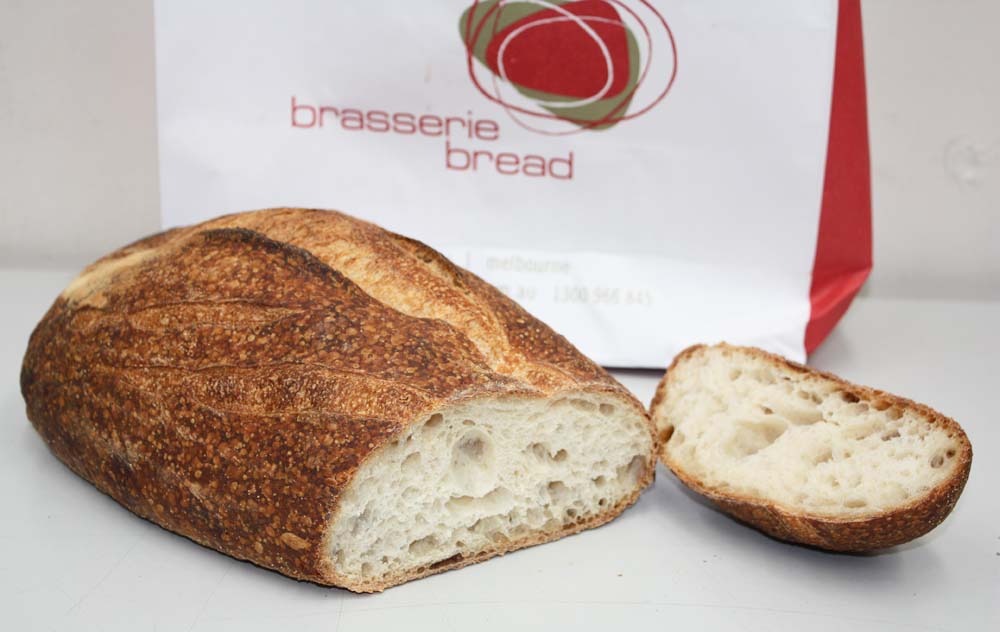 0 shares
Previous Post: « How to make Soup from left over Vegetables
Next Post: Pizzoccheri, In My Kitchen May 15 »