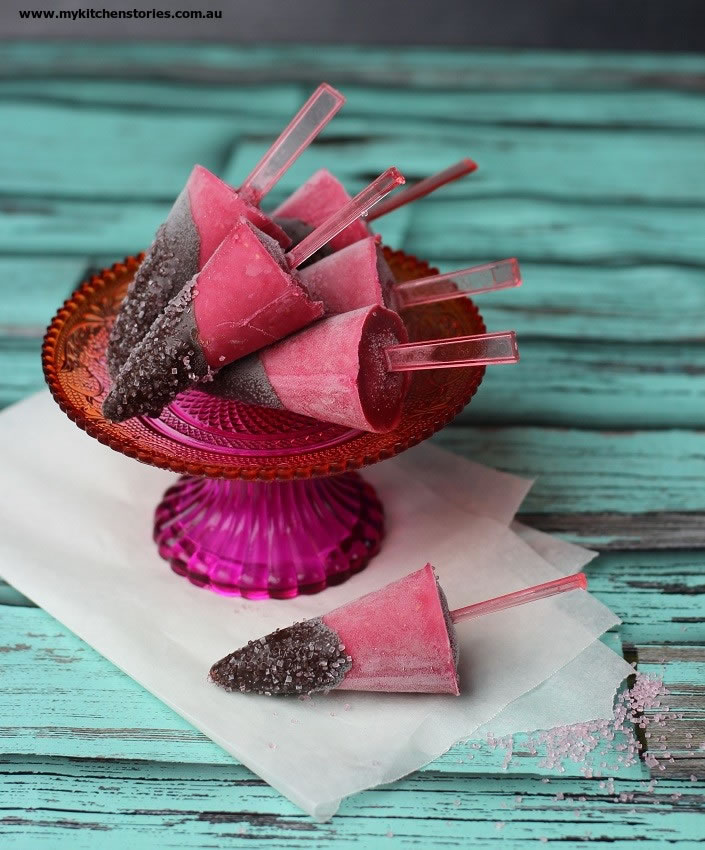 When I was a kid we had Sunnyboys. They are an Australian pyramid shaped ice block in a tetra pack. A small carton that was wax covered paper on the outside and aluminium on the inside. Each tetra pack when eaten was carefully checked on the inside for the magical word “Free”. This was cause for great celebration and a trip to the milk bar to pick out your free one.  Do you remember them?

There were Razz’s (Raspberry) &  Glug (Cola) but we most often had Sunnyboy’s, the orange flavoured ones. Although they were transported at an ambient temperature, once frozen we each had our own way of savouring them. You could suck out all of the sweet flavoured syrup till you had only a hard flavourless ice block left. Or crunch and lick it to the last icy piece and then drink the cool sweet syrup. Some bashed them against a rock or wall to break up the ice into a kind of slurpee. I never found this method too successful because it meant you had to wait till they defrosted a little, and that was impossible. 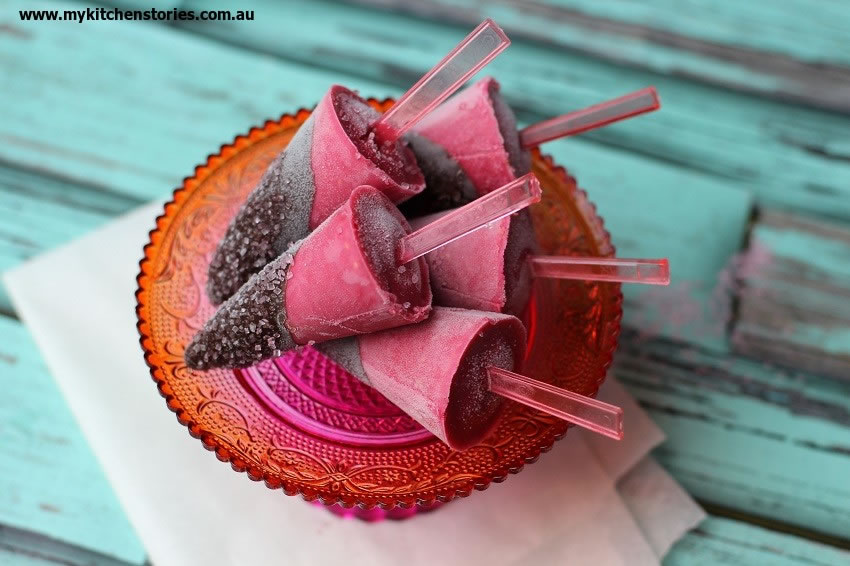 They were a special treat for us. We weren’t allowed to buy them at the school canteen and were not often bought at the shop. Although sugar was not such a major problem when I was growing up our parents favored buying boxes of fruit to snack on. And so, it was a happy coincidence that one of our distant Uncles happened to work at the factory where they were made. Sadly he didn’t visit often but when he did he brought a whole box of Sunnyboys with a few Razz’s and Glugs thrown in.  The stash would be guarded to the best of our ability so the spoils could be shared evenly but this often ended in an argument as the baby sister made them her primary food group when they were available.

They aren’t so popular today as there is a whole frozen section in every supermarket devoted to pops and ice cream, but they are still on the shelves. I wonder how much longer?.

Of course it is much better to make your own, and these ones here are made with the same mix that we throw together when we make ourselves a smoothie. So, in our house they are known as smoothie pops, but I’ve added a bit of grown up chocolate and some  sugary crunch to add interest. They are now known as Raspberry, Yoghurt and Chocolate Popsicles. 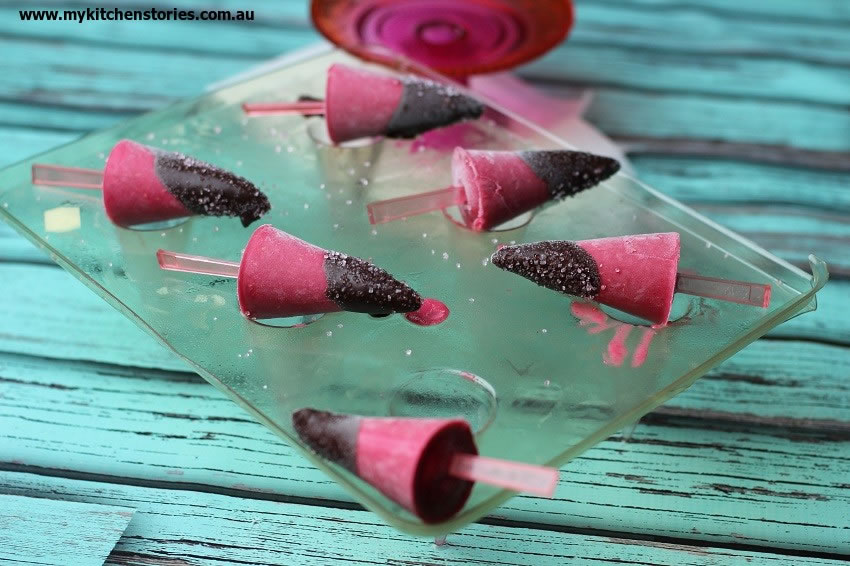 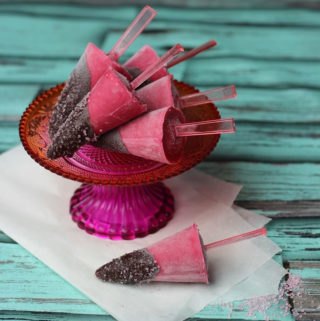 Easy as pie and twice as healthy. Try these pops and get an energy boost
5 from 3 votes
Print Recipe Pin Recipe 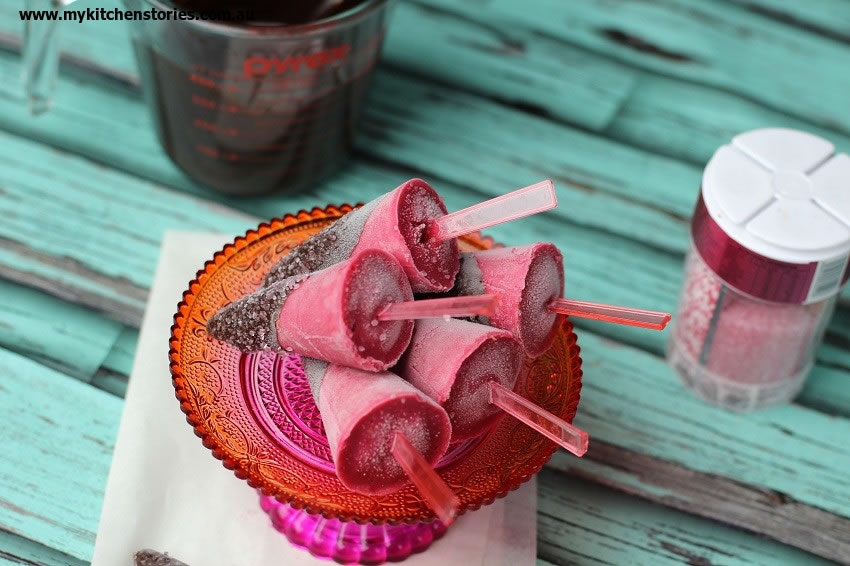