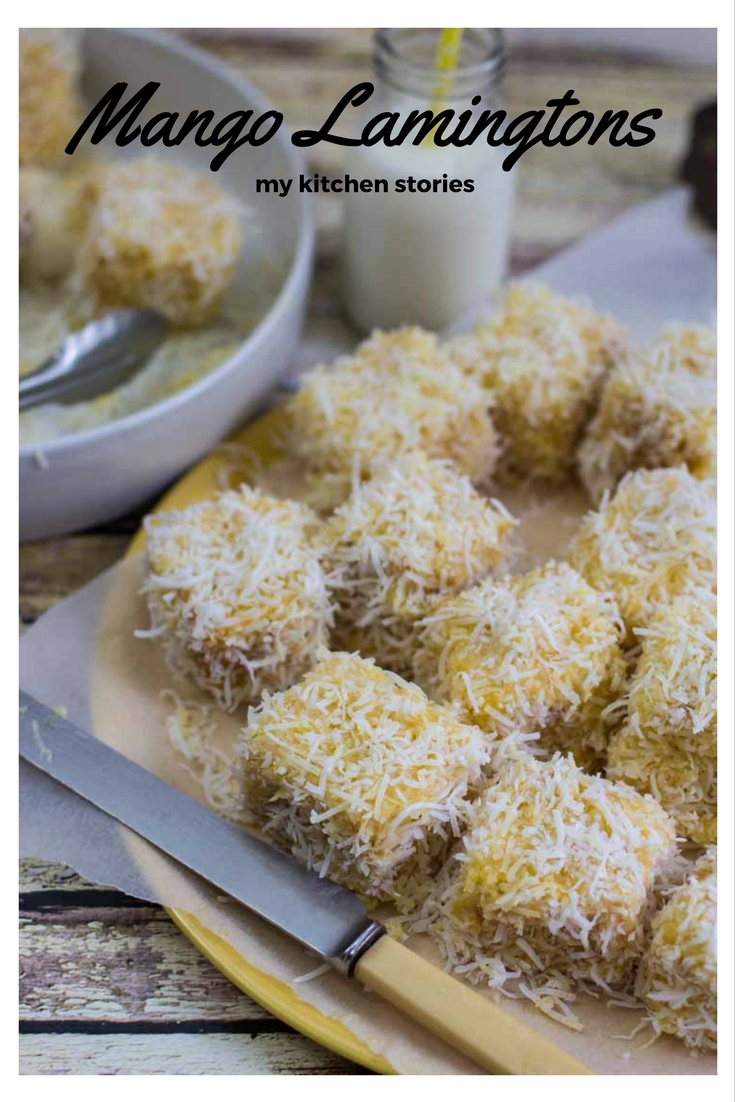 Have you ever seen these before? I think they could be the ultimate summer dessert.  Aussies love Lamingtons but they equally love mangoes and so the two make a heavenly match.

The idea came from a Home beautiful magazine. I saw the picture of these and was inspired. I created my own recipe for them based on their idea, because I didn’t want them to be too sweet. So I changed things up quite a lot. I made my own cake recipe, took out some sugar and added lemon and here they are. 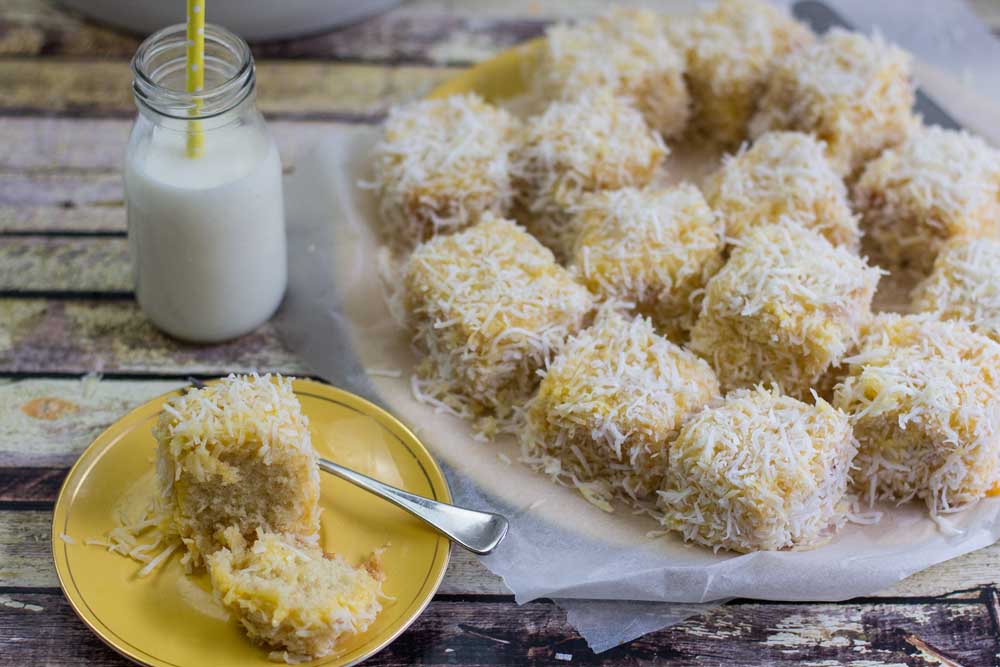 I think that we may have forgotten just how good a fresh Lamington is, because they are so readily available on supermarket shelves that people don’t make them anymore.

Well get your bake on here because everyone will go nuts for these.  That means eating fruit while you are eating cake and I really think that’s a good way to go . I am all for cake. Oh and of course fruit (;

These have been baked three times this week.  I ‘ve adjusted the recipe till I feel like they are not too sweet.

Mango Lamington’s as a gift

My neighbour,  a lovely thoughtful man brings in my garbage bin after each time it is emptied (and sometimes takes it out just in time before the truck arrives). I don’t catch up with him much but I noticed during Christmas that he didn’t bring my bin in. I instantly thought that maybe he was sick of me taking him for granted and he was never going to bring in my bin again. ( did I tell you he mowed my law and several of the other neighbours too- as a Christmas present). I hadn’t seen him or thanked him and now this…… my bin, the lid swinging in the summertime heat, on the road outside my house. What? 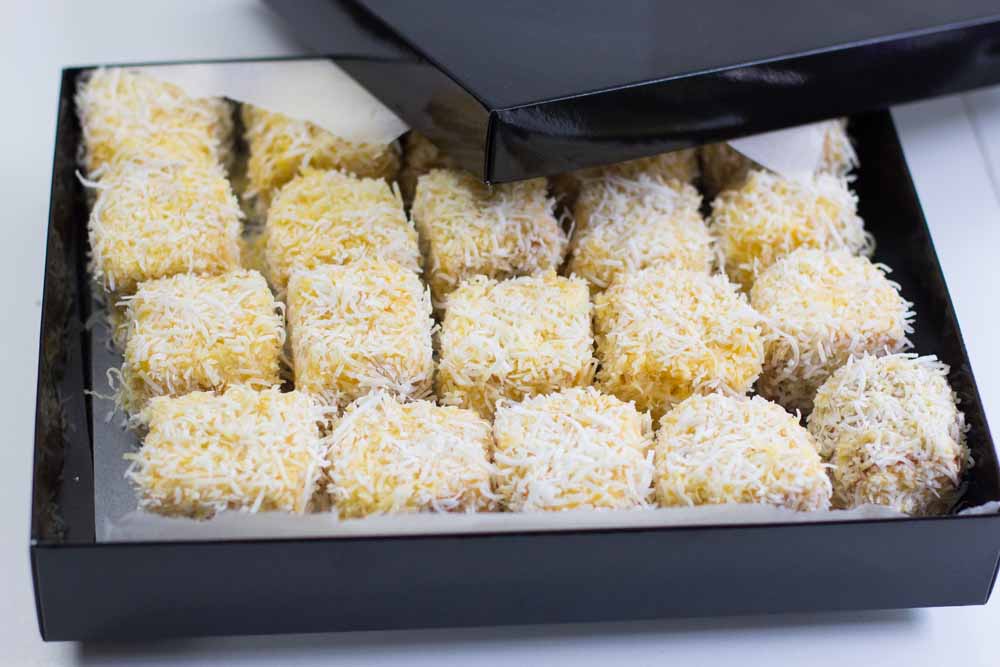 I made another batch of these Mango Lamingtons and packed them in a box. I went looking for him and found him taking one of the neighbours dogs for a walk (as a favour) and he told me he had been in hospital over Christmas. He had a small heart attack. I was mortified. How had I not known, why had I not gone looking for him?

After I asked him how he was feeling he told me he had a blocked artery and he would have to be giving up his wine and bag of potato crisps each afternoon along with things like Lamingtons and biscuits. He said Lamingtons!.

“Did you say Lamingtons”, I asked him?

“Yes I did, I love them”.  (How strange, what a co-incidence. I clutched that box a little tighter).

” I can’t believe I was just going to give you a box full of Lamingtons, I had no idea that you loved them or that you were in hospital. I am so sorry. He looked at the box and then at me.

“Maybe I could have one”, he said as he looked at me with big sad eyes.

“No, no you can’t, I can’t be responsible for you eating these….” He asked to look at them and sighed when I opened the lid.

“Can I give them to my son, he’s going to a party this afternoon”. He said it hopefully like he might just sneak  one before handing them over.

I relented and gave him the box and he strode off saying his son would be very pleased when he heard the news.

Should I have given him those Lamingtons?. 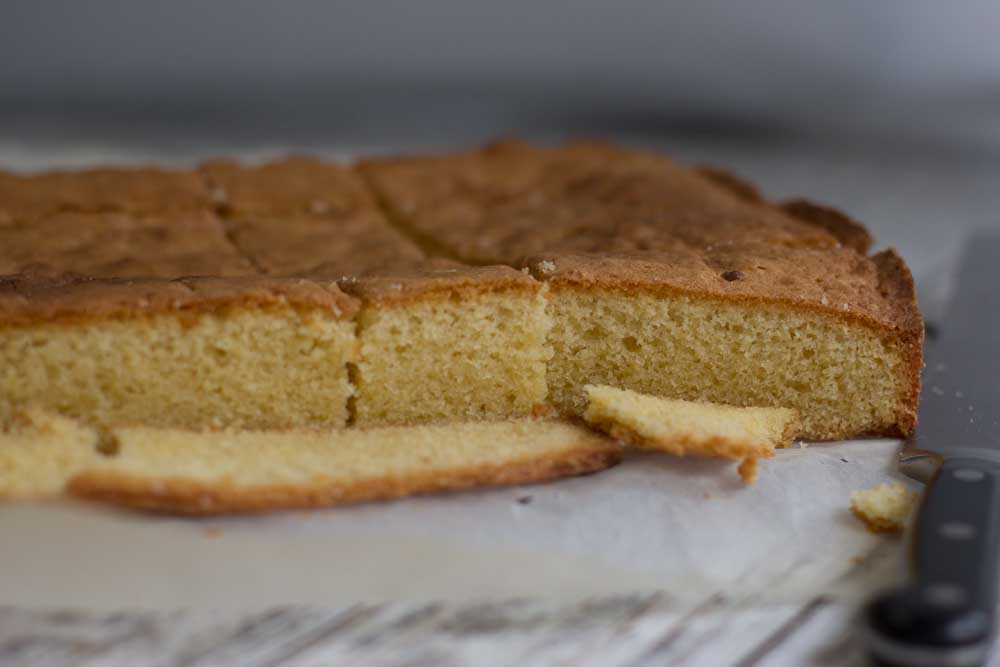 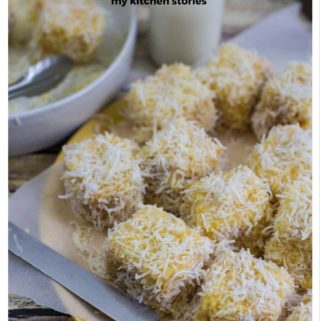 Note 1. I add the milk last. You may need more or less milk depending on your mangoes. The dip does need to be thick ( see video)
Note 2. Don't cut the cake before you mark out exactly where you will cut. This will give you the perfect sizes. 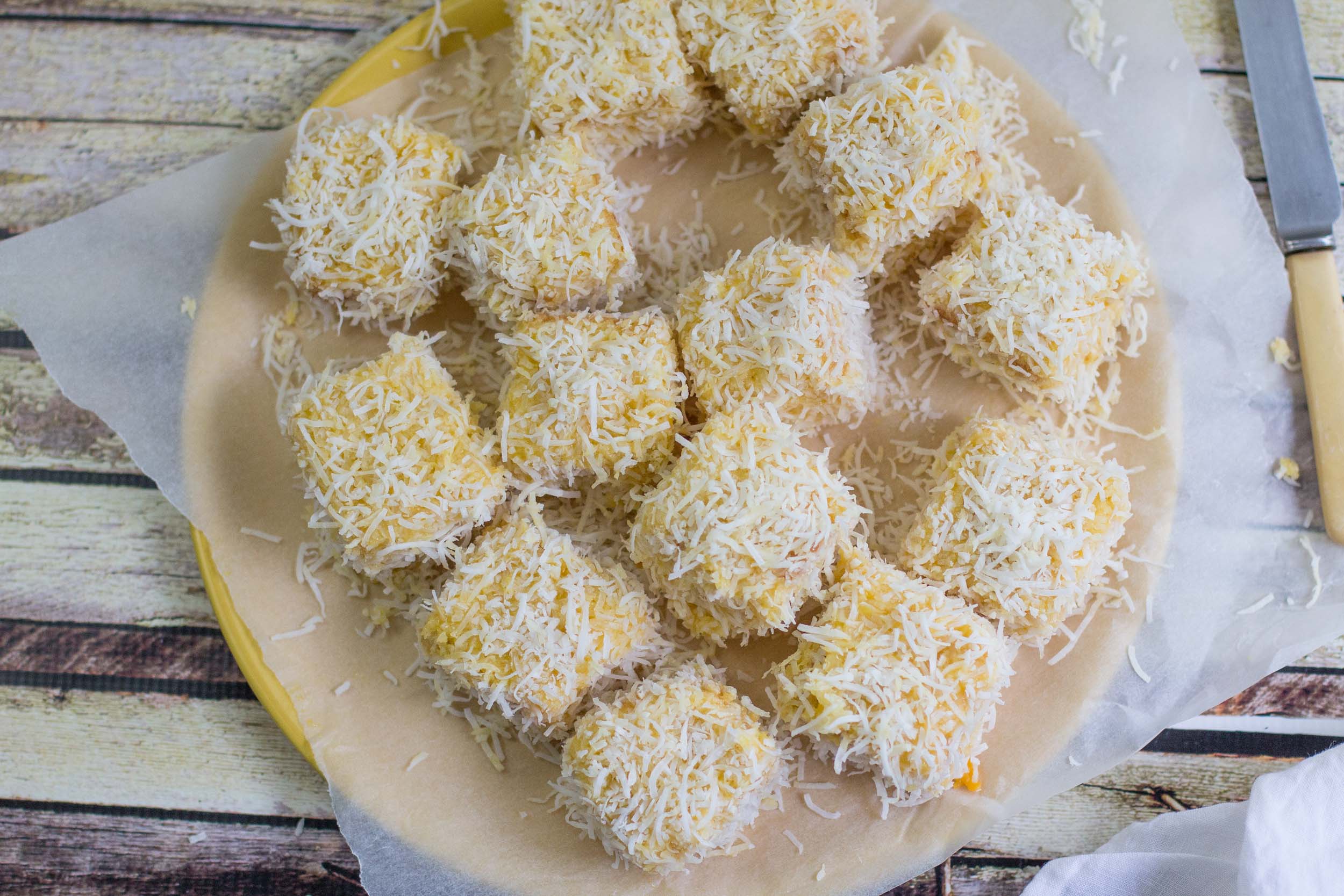 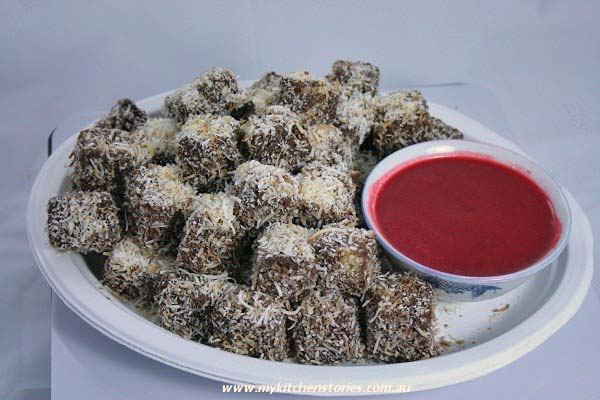