This Banana Semifreddo salted caramel and chocolate looks a little tricky but it sure isn’t. No churn ice cream always makes sense, unlike particular childhood memories that still make me wonder. 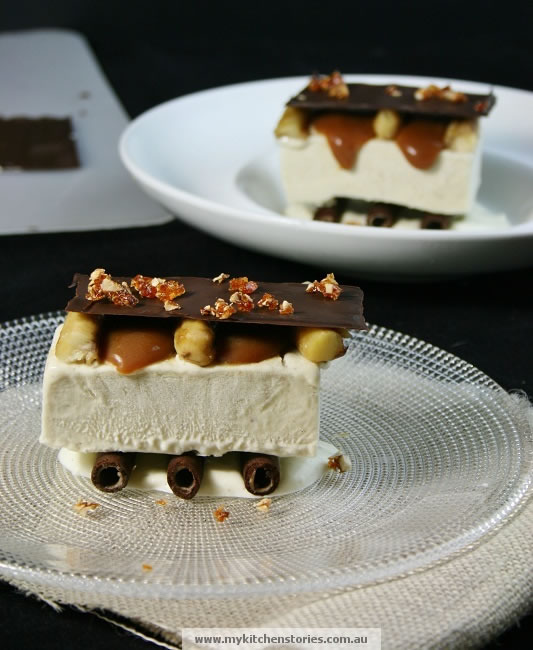 My Grandmother  never had the slightest idea I was down at the milk bar with my skirt hitched up.  This was my escape, every Saturday while the rest of my “patrol” was in pow-wow.

Each Saturday our Nana ceased to be a sweet old lady. She changed her name to Captain (or Cap for short) and became the formidable leader of the St Johns Girl Guide Brigade. On this day of the week, she was thoroughly convinced she was going to change the world one Girl Guide at a time. She would encourage the older girls into discussions and there were many long chats in the privacy of her office.  On the occasion she would make us promise that we would wait till we were married,  and only then, we should be dutiful, and lie back and think of England. The trouble with this advice, at the time, was that we weren’t sure what we were supposed to be waiting for, or why England was involved.

The meetings would begin with ‘Colours’ where the flag is raised, we saluted God, the country and ourselves and sang the National Anthem. At the completion of the ceremonies we were given tasks such as practising knots and bandages or learning songs. Then we moved off to our Patrol. Each Patrol had an Australian name such as Waratahs, Wattles or Wombats. These “Pow-wow’s”  happened behind old wheel around hospital screens, given to Cap when they updated the hospital in Parramatta. The patients there now lucky enough to have curtains that slid all the way around their bed. 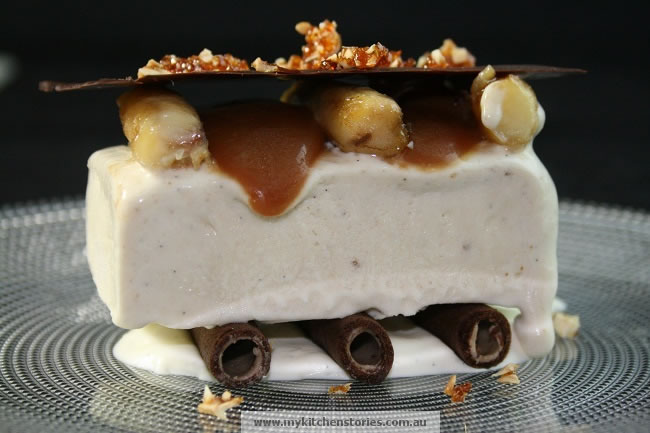 Where I first decided I like Banana Ice Cream

The call of the outside world was too great for me and I would sneak off each week when everyone was holed up in their patrols.  I hitched up my long skirt and made a B- line for the milk bar down the road. On Saturdays a middle aged Greek couple were sweating in the heat cooking Hamburgers and Chiko rolls, grease dripping from the fans.

I had one hour of relative freedom. My pre-organised gang of lookouts would cover for me, saying I was in the bathroom, or getting more ropes for tying knots, or helping someone else  (I was so thoughtful). During this exhilarating hour, there was lots to do, the most important work of the day was to look for boys and failing that eating lollies and Banana Paddle Pops (Ice Cream). It was surprising how alluring one could be in a hitched up Guide uniform.

Clearly I was obviously bad to the core. If Cap ever found out the disappointment and repercussions would both have been enormous. The fact that I could organise a support network of lookouts in a time of no mobile phones was impressive. Thankfully I gave up a life of organised crime in my later teenage years. 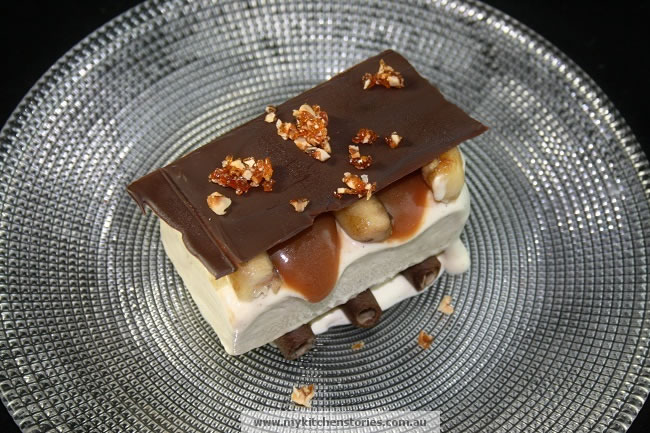 I have decided to share a very upmarket version of Banana Ice cream.  Well, it may look upmarket but it is actually very easy and believe me I wouldn’t lie to you ;). This Banana Semifreddo can be made in advance, so that everything is done when you want to pull it out of the freezer and feed a crowd. Semifreddo can of course be made without an ice cream machine.
This certainly was not the banana ice cream I could find at that milk bar 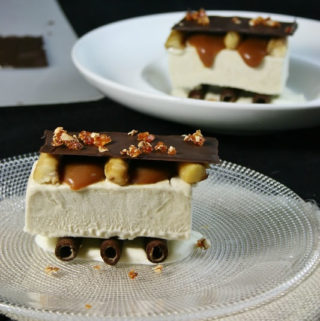 This is a lovely Banana dessert you can make ahead. It's got it all. Chocolate, caramel and crunchy biscuits, its delicious!!
Print Recipe Pin Recipe
Servings 8

If you know how to temper chocolate there is no kneed to refrigerate. Chilling the condensed milk makes whipping it together with the cream faster and easier. This can be over beaten so just go to soft peak. Round chocolate wafers can be found at most supermarkets

Video link on how to whip this Ice Cream

Did you have to do something as a child that you didn’t like?

Sweet Adventures is a monthly, dessert-themed blog hop organised by JJ from 84th & 3rd, Jennifer from Delicieux, and Christina from The Hungry Australian.- NOW CLOSED