I know that it seems like a lot to say, ” Lamb with  Pistachio Green Olive Tabouli, Creamed Cauliflower “, but believe me, it is surprisingly simple to make. One thing in this life that is not simple however, is locking a tent. 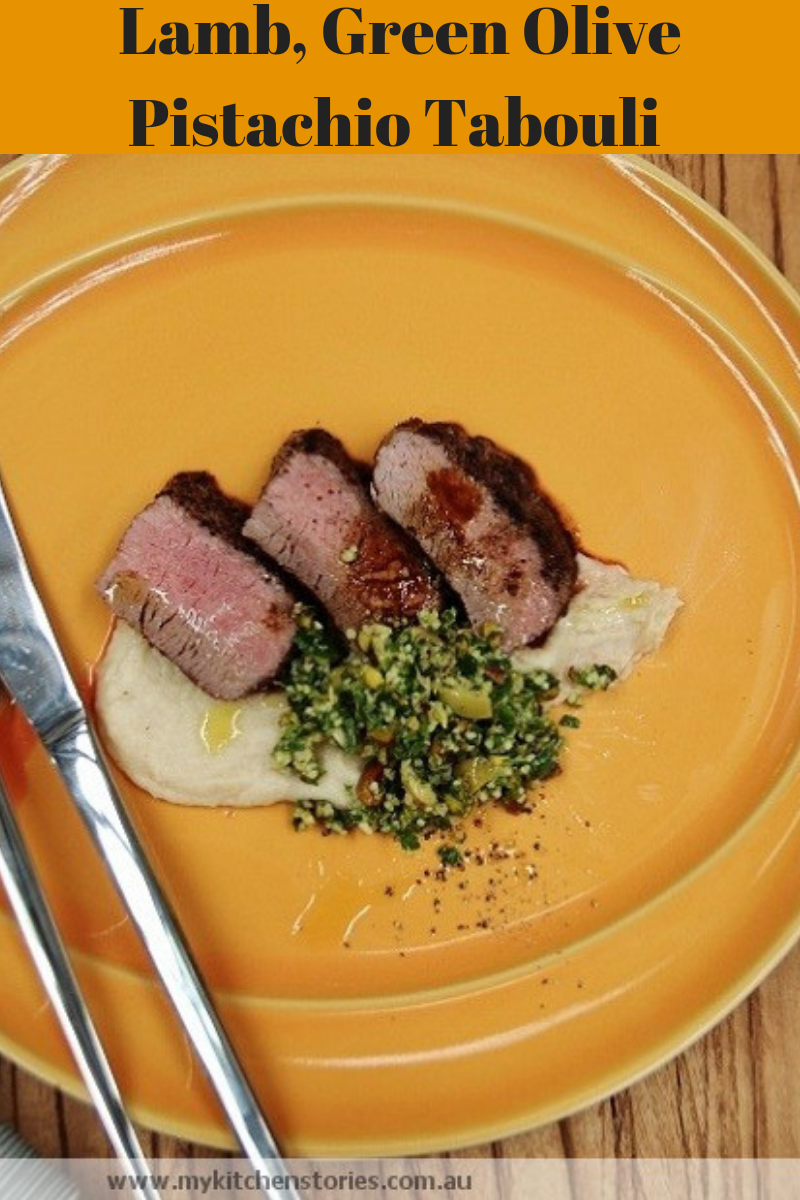 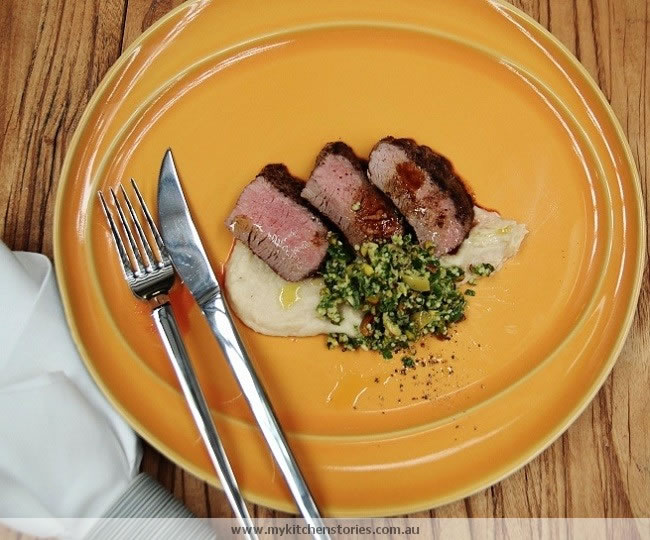 Why on earth would this be necessary? Is probably a question you might want to ask.

For several months, a few years back I lived in isolation, in a tent by the seaside in a town called Zadar, on the Croatian Coast.  There wasn’t terribly much excitement in these parts unless you consider middle-aged Germans basking on the private beaches of the big hotel next door to the campsite ( where I lived) to be exciting. This is how I believe I became the most exciting entertainment in town.

I had a bus of 55 people to cook for every third day. The trouble is it sometimes took me that long to locate the food I needed to feed them. The uncertain nature of life in these parts often meant shortages of almost anything weekly. There would be no sugar or perhaps milk, cereal or bread  or just about anything I might have to buy. The bus arrived for dinner stayed for breakfast and left the next day with a picnic basket full of lunch that sometimes contained the oddest of things.  Mine was the stop between Dubrovnik and Trieste on route to Venice.  There were a couple of shops for staples but I had to trawl the markets for meat and vegetables. I learned to say yes , no, please and count to ten in the local dialect but, a few other choice words managed to find there way into my vocabulary and I would mutter them to my self as I tried to barter with the old crones at the market. Although I knew them well, each time I went they would pretend not to know me and we would have to go through the whole  process of them ignoring me for a while, then they would ask me  for ridiculous amounts of money and then they’d nudge each other and call out , laughing toothless grins. I really grew tired of these cruel antics

I also grew tired of late night visitors to my tent. When the coffee shops emptied out for the night, after much drinking and smoking and card playing, the local men would make there way home past the campsite and one would be encouraged to drop by my tent. I would wake up in a fright and scare them off with a big stick. They were always so drunk they were harmless, but it was very scary. And so, it seems I had become  the entertainment. After a short while I had a brilliant idea. I asked one of the tour bus drivers to bring me a pad lock from Italy and I zipped the tent down, padlocked it and drove a tent peg into the flap attaching it to the ground for good measure. This was just too difficult for anyone to manage ( at times even me). Entertainment was then confined to day times, when they would laugh at me cooking in the big cooks tent as  they sat on the fence at the caravan park. 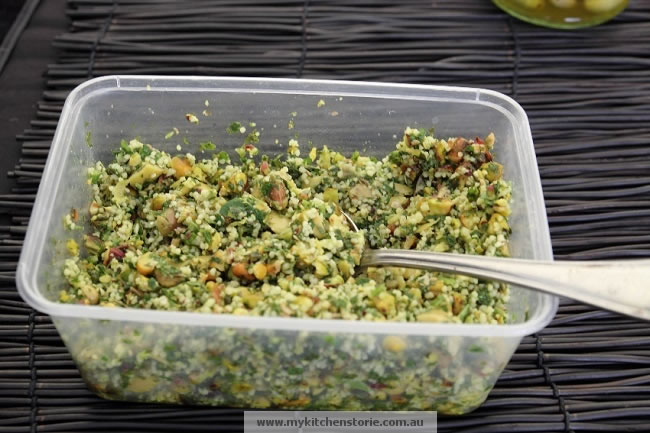 There was never any lamb here to eat, but I did love the local Bourek and the squid ink rice. 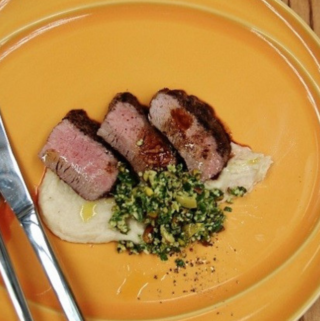 Several of the elements of this delicious dish can be made ahead. This makes for a dish choc a block full of flavour but quick to make when you have company. Australian cup measurements are used in this recipe
5 from 4 votes
Print Recipe Pin Recipe
Course Maincourse
Cuisine Middle Eastern
Servings 4

Lamb: Use lamb backstrap ( fillet), rump, steaks or cutlets
***You can use quinoa instead of couscous
***This will be a nicely dressed, fine chopped salsa resembling the usual tabouli style salad 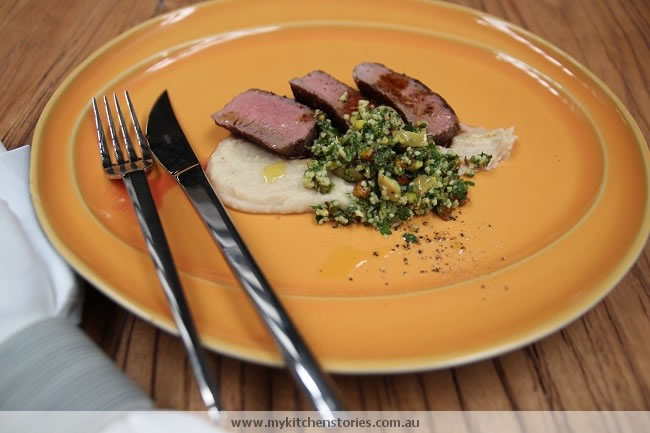