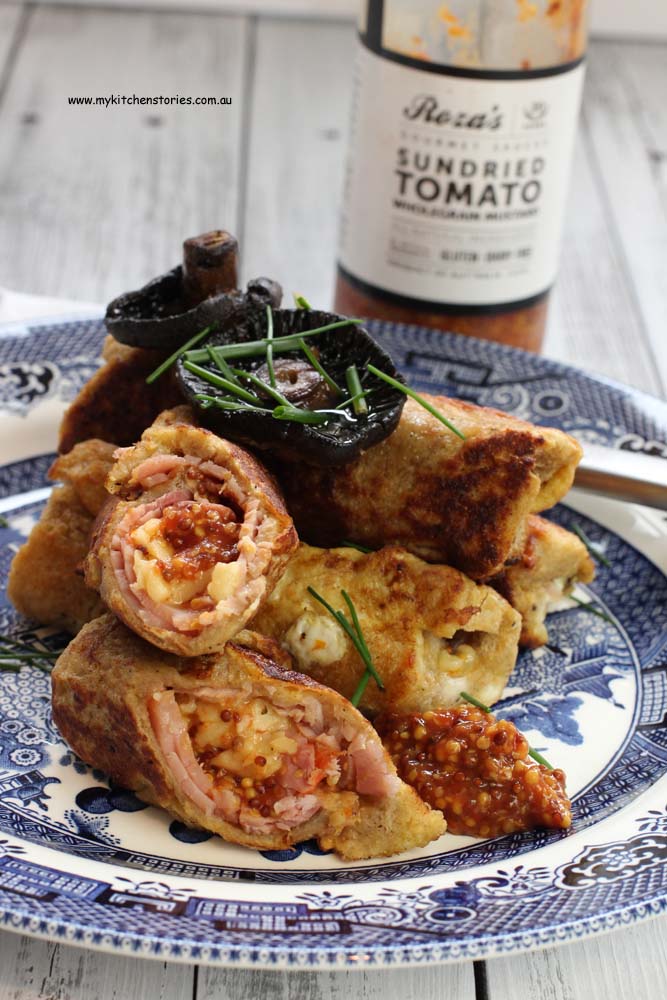 We’ve had a few of these Ham and Cheese French Toast Rolls recently, mostly because they make a good breakfast or lunch but also because Skater keeps asking me to buy him bread and ham but never gets around to eating it. This is the perfect idea to use up both. They are just like French toast but without all the sugar. I have seen them made with prosciutto, ricotta and mushrooms and also with gooey stretchy cheese on Nagi’s Recipe Tin eats. Ours are made with strong and bitey cheddar cheese that has been just under melted because that is the way Skater likes them. I have also become addicted to the Sundried Tomato and Grain Mustard sauce from Rozas in Queensland, it’s one of my favourites. It’s great on mayo or with chicken or barbecued vegetables or meats. I think it would be nice through pasta with a bit of cream too.

Meantime, Skater has continued his once a week cooking however, sometimes there have been some shortcuts. We’ll have to get around to new skills this March. This frozen Ricotta and Spinach Ravioli is a great shortcut that he can cook without any direction when I am flat out.  He has added a very nice tomato cream and vegetable sauce, and presented me with this delicious and delicate looking plate. 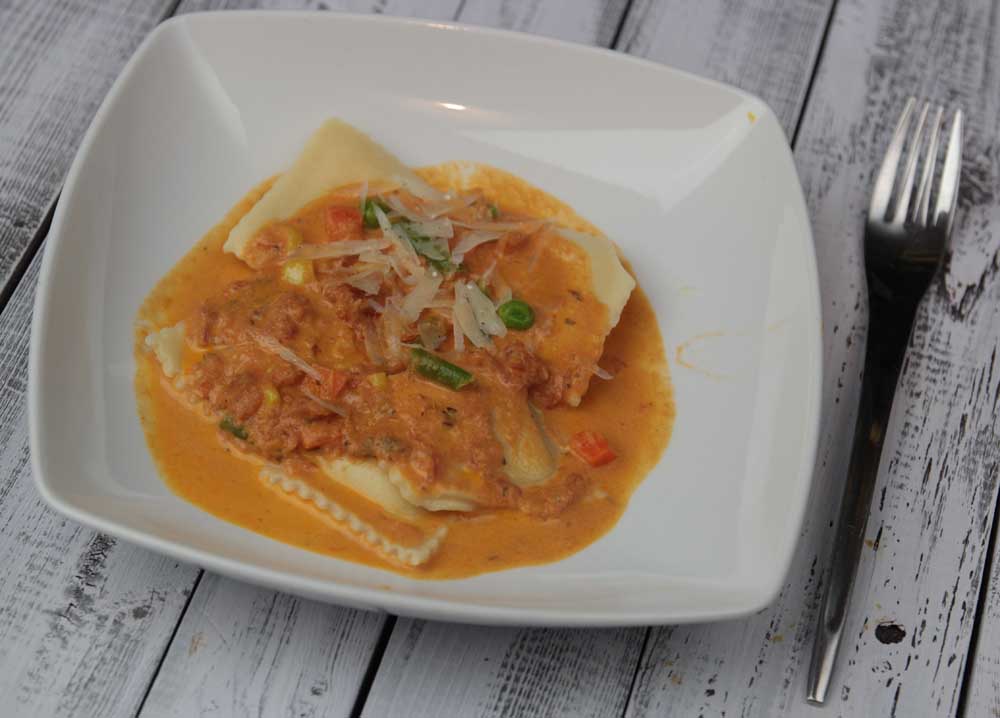 Next and so importantly this is how I made those rolls. The simple recipe is below.

Ham and Cheese French Toast Rolls look great don’t they. It’s such a great way to use up ham and it’s extra nice to have French Toast without the sugar. 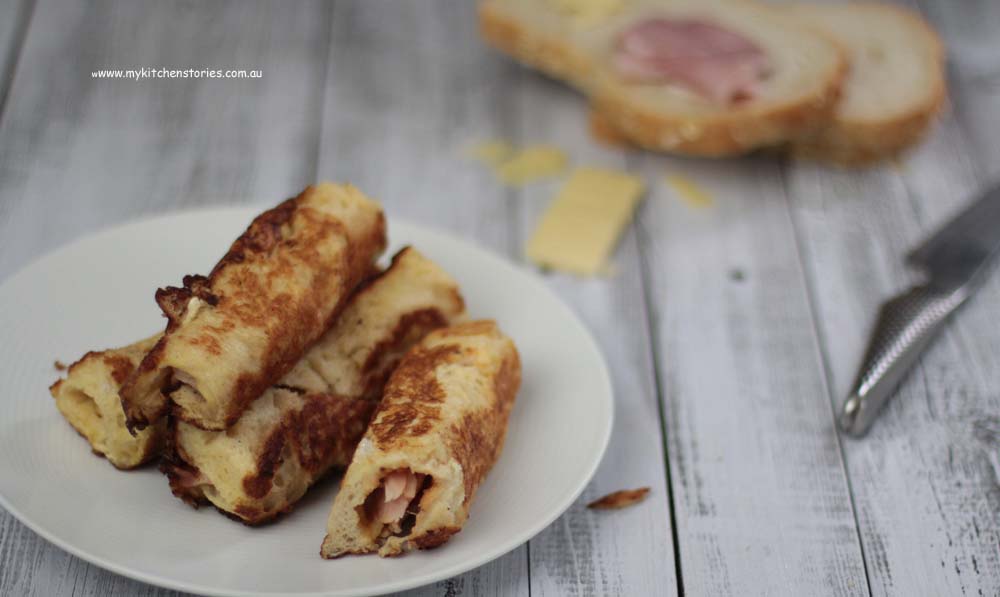 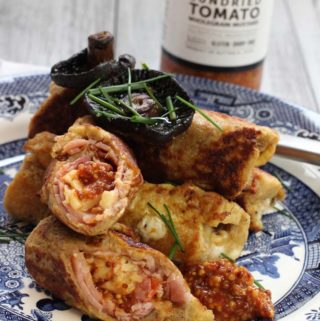 This is a guide to make a tasty breakfast or brunch of delicious savoury French Toast Rolls with ham and cheese. Give them a go with different cheeses or even another meat like prosciutto, salami or bacon.
5 from 4 votes
Print Recipe Pin Recipe
Servings 6 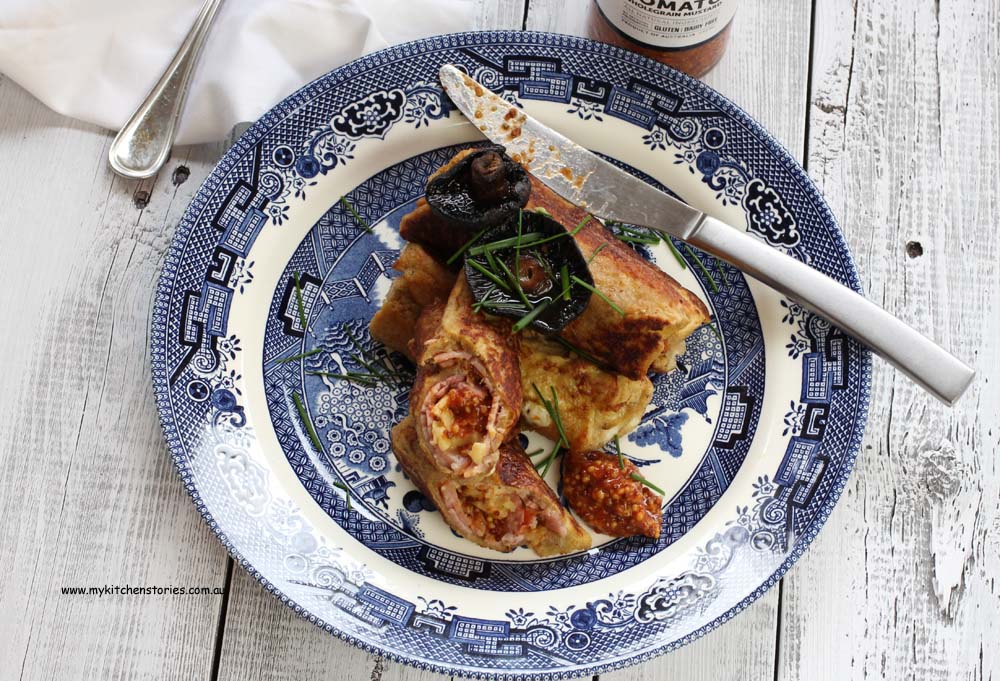