You can thank me now, because I know this Chicken Persimmon Salad with #Thai Style dressing is going to become a favourite. It’s spicy and just like Som Tum but with the sweet crunchy texture of Persimmon 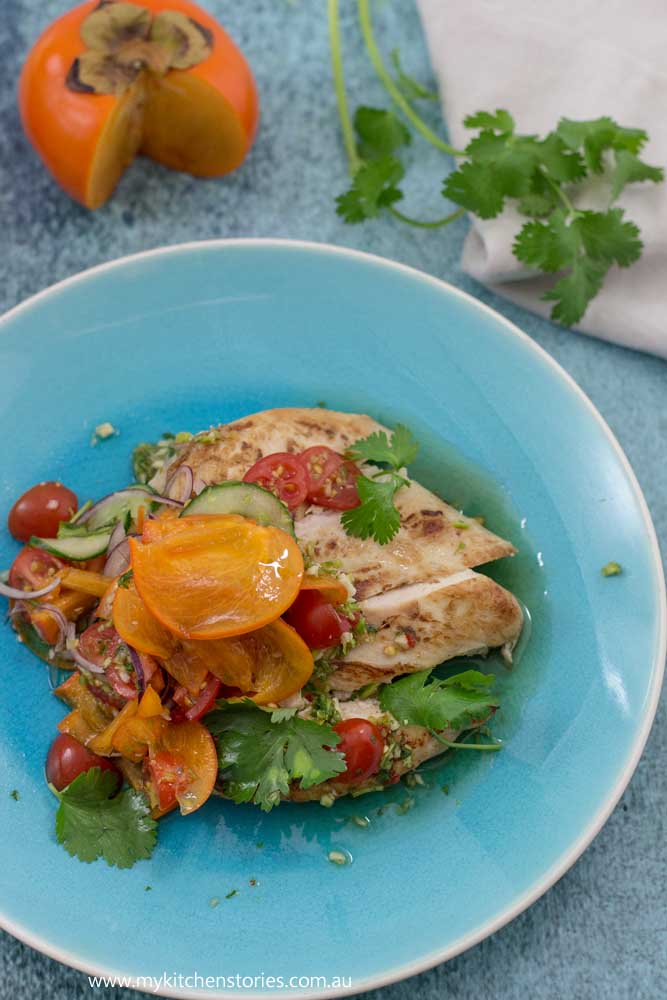 Persimmons are still a bit of an unusual fruit here in Australia. We haven’t fully cottoned onto them despite the crop in Australia and New Zealand growing rapidly . You’ve probably seen them in the supermarket between February and June and wondered what they are and how you are supposed to eat them.

I am going to go out on a limb here and tell you that if you try them you are really going to be surprised. They’re crunchy and sweet and very versatile whether you eat them like and apple or use them in salads and cooking. 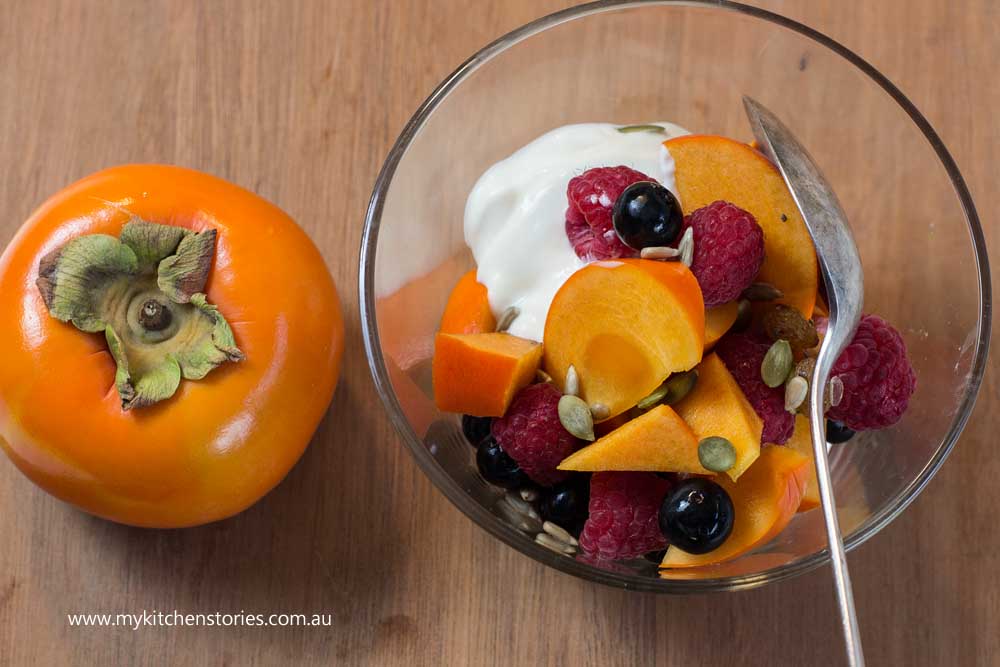 Persimmons are native to China, but the explorer Marco Polo began to trade them in the early 14th century. It spread to Korea and Japan and later to the Mediterranean coast of France, Italy and Algeria. They were later introduced in California and Australia in the mid-1800s.

There are two types of Persimmon. I like to differentiate them by calling one of them the mushy yucky kind and the other the most sweet, crunchy lovely fruit of winter. This in fact maybe a reason Persimmons have been slow to become a real commercially viable crop here- lots of people do not like the yukky (or astringent) kind. These have given persimmons a bad name and hand braked there style.

China is still the worlds biggest producer and people in Japan and Korea can’t get enough of both kinds. They froth for them in Europe and Italy is one of Europe biggest producers! Queensland is the biggest producer of persimmons in Australia, followed by New South Wales.  Production occurs in coastal NSW, the Goulburn and Murray valleys in Vic and SA and south east WA too. So obviously production is growing and I advise that you get on board the Persimmon train Australia produces approximately 2500 tonnes annually, less than 1% of world production 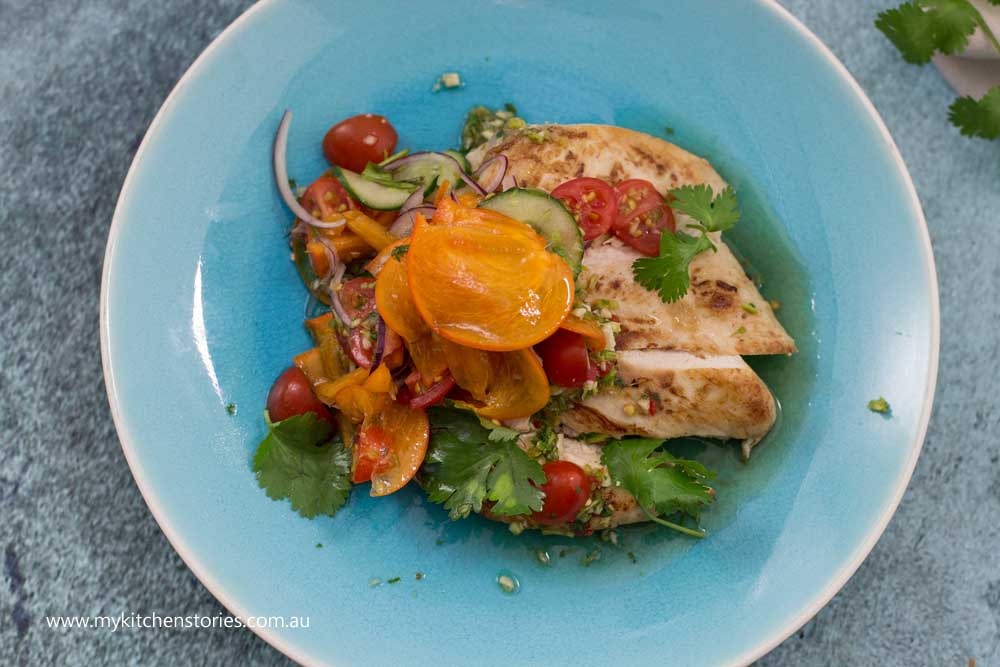 Cut them up for later- they never go brown

The bonus of eating Persimmons is they never brown when cut. They really do make a great fruit to pop into fruit salads and desserts. It’s also not hard to find ways to use them with savoury ingredients too. The Chicken Persimmon Salad and the Persimmon Cheese recipe below are good examples. 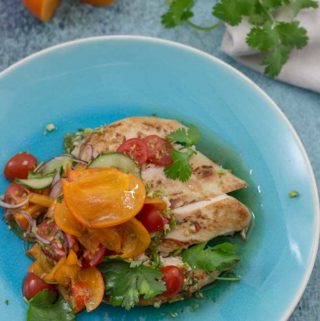 Don't skip the fish sauce marinade for the chicken. fish sauce makes an incredibly tasty marinade that doesn't taste like fish-by the way Always use the cleaned roots and stems of the coriander to get the most intense flavour. Just like your local Thai restaurant Asian shops sell dry roasted unsalted peanuts that are the best for this.
Keyword Salad

Try these great recipes too. 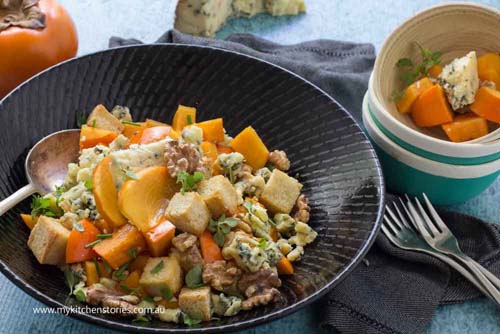 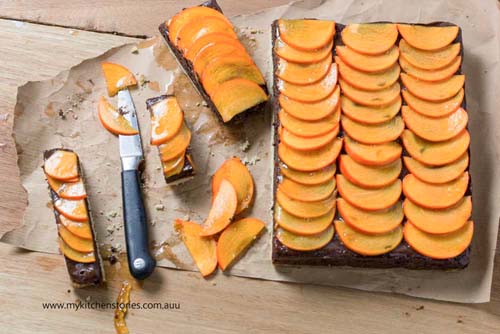