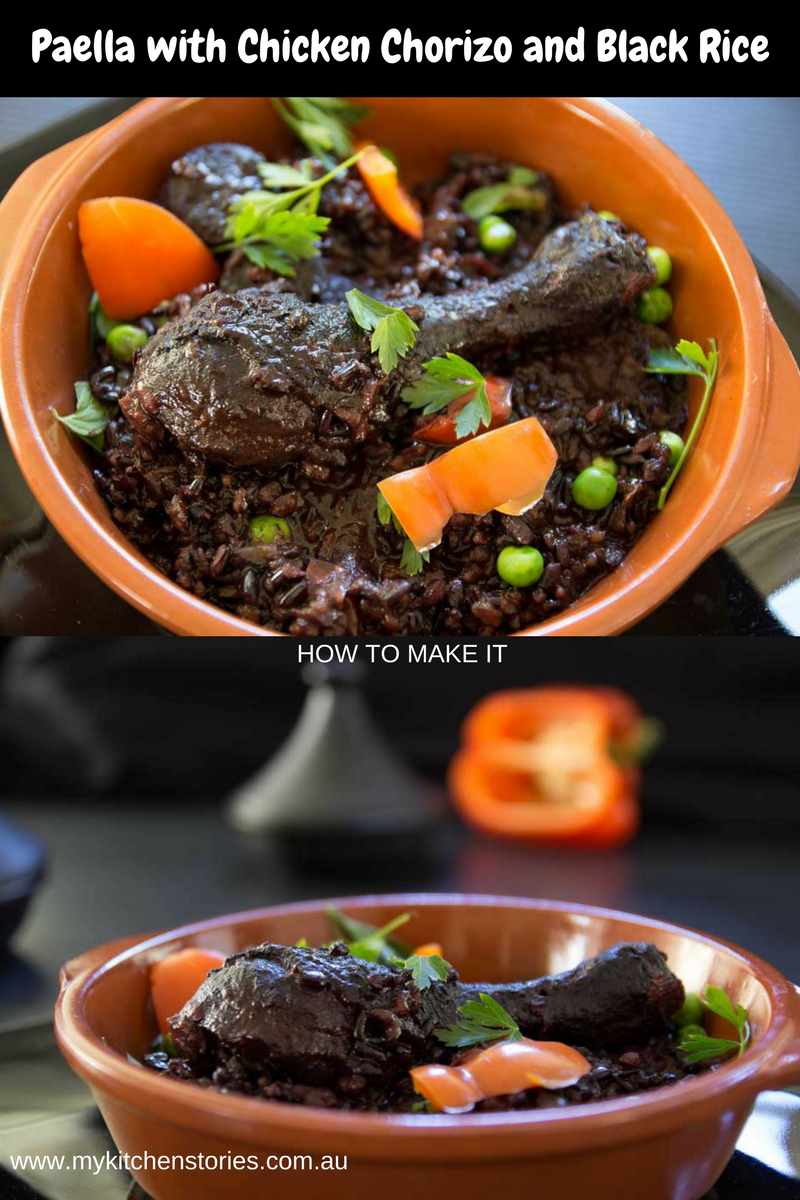 It all started with the black rice that I bought in Adelaide at The Central Markets at San Jose Small goods. I was very excited about it because I have never come across black Paella rice. I showed it to a Spanish friend. He looked at me very sceptically and offered me some of the Bomba ( Paella) rice he sells.  I wasn’t to be discouraged and set about making Paella with it.  I think you can see why it is not quite as popular as regular Paella rice. Sure it’s a novelty, a great Halloween dish. All things cooked with this rice are very tasty but end up purpley  black when done. You can follow this delicious recipe with white rice too! 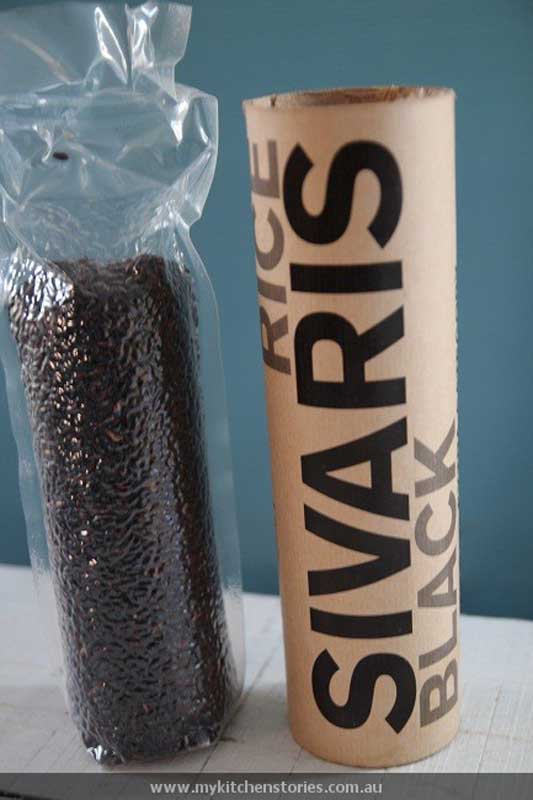 Paella is a dish that has as many recipes as the people that cook it.  It’s hard to find people that agree on the ingredients for Spain’s’ favourite dish, the variations are regional and every one has an opinion. However there are some rules and this is where my Spanish friend Miguel comes in with his tips for what you need to make a good Paella

**Paella is not made like risotto, once the ingredients and stock is added,  stir it once, spread the ingredients evenly then dont stir it again. A crust should form on the bottom of  the pan adding  flavour and texture.  Keep turning the pan so that every part of the Paella pan gets an even heat. You can push some of the ingredients aside to check that you are getting a bit of a crust. (A crust doesn’t mean a blackened bottom). If there is not enough heat the flavour may be more like pilaf rice, a bit steamed.

Cook the paella until the rice at the bottom is done and the rice at the top is almost done. Then remove the pan from the heat and cover it, (a teatowel is a good cover),  letting it sit, covered, while you eat Pintxos or nibbles and then eat from the pan.  Resting will allow the rice to finish cooking in its own heat. 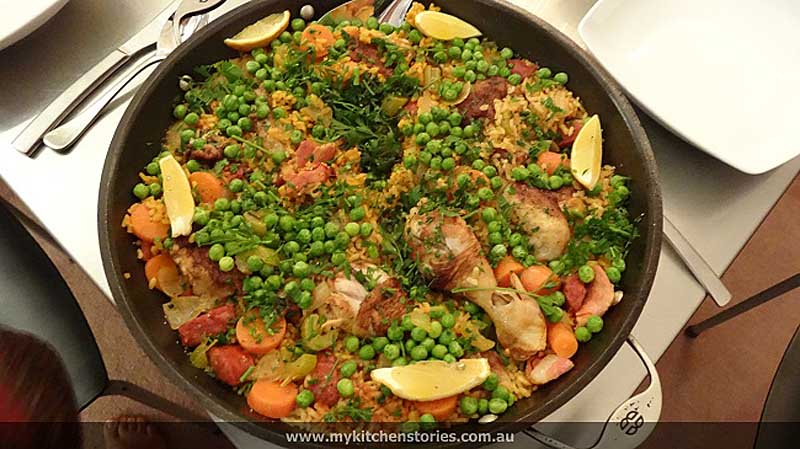 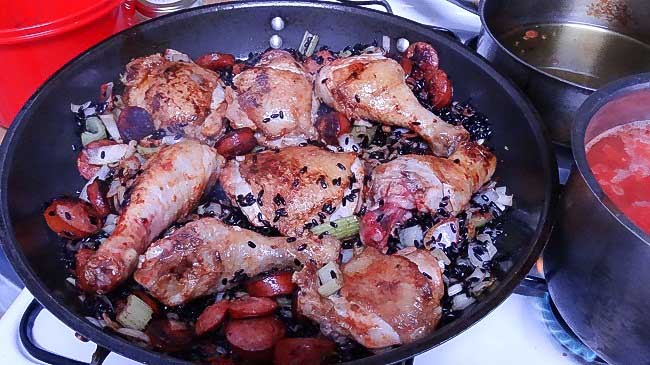 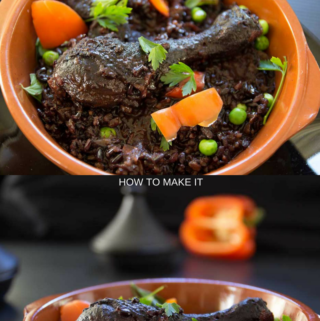 I have cooked the chicken on the bone in this recipe. It requires a bit more cooking so I have used the oven. If you would like to use thigh fillets , that would be nice too, and you dont need to put the paella in the oven. With a proper Bomba rice work on 3 cups of liquid for each cup of rice
5 from 2 votes
Print Recipe Pin Recipe
Servings 6