Get the BBQ ready. Get the drinks out and make a salad because this BBQ Snapper takes 20 minutes to cook and 5 minutes to make the marinade. Woohoo! 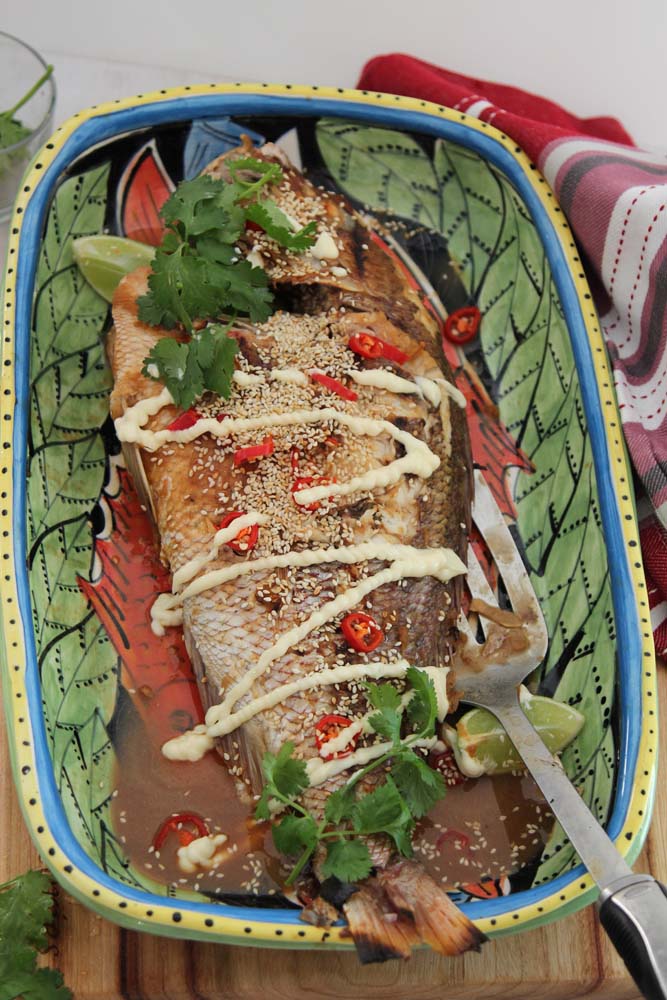 This BBQ Snapper with Miso, Sesame and Kewpie mayonnaise is really easy. Cooking whole fish on the BBQ is not only quick but pretty foolproof. The Japanese flavoured ingredients tend to be easy to get in any neighbourhood these days.

I’ve used white miso here, but if you have never used miso you are in for a treat, its a fermented paste made from soy beans, barley and salt. ‘The lighter the miso basically the milder the taste and salt content.  It has a wonderful savoury flavour and works well with fish giving it a leg up….so to speak. If you can only get a darker miso perhaps use just half of what the recipe suggests.

Hey now what about Kewpie Mayonnaise?. Have you tried it? It’s found on the shelf in the Asian section of the supermarket. A squeezy bottle of creamy salty totally addictive mayonnaise that can be used in so many ways you wouldn’t believe. It even comes in a sesame flavour which you could totally use with this BBQ Snapper too. 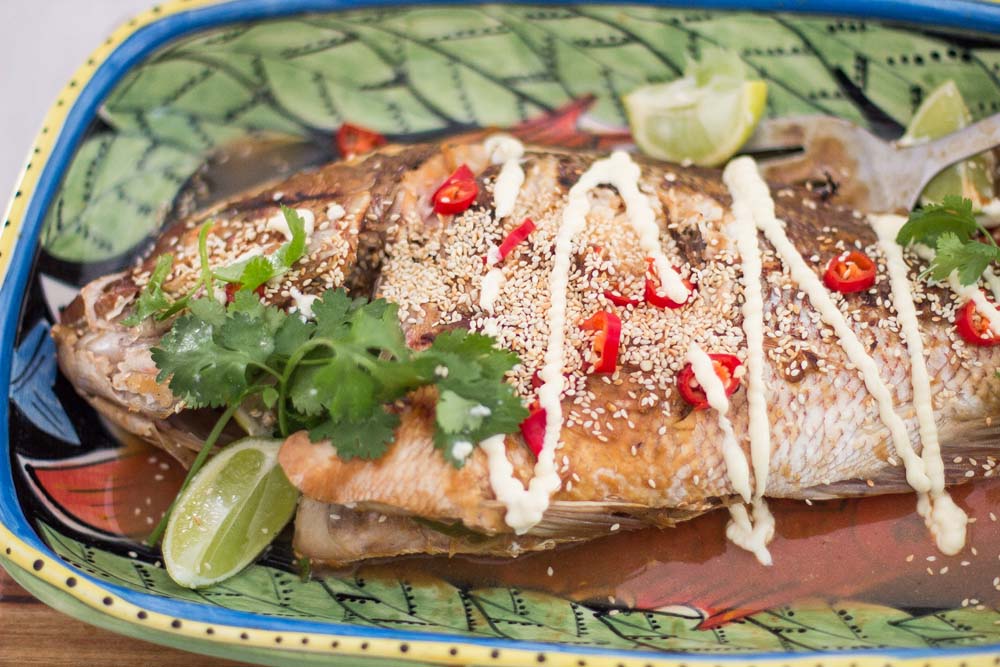 You are really gonna love this. If salad is too simple for you make some couscous and mix chopped coriander, lime and crunchy canned water chestnuts through it or add some shelled Endame beans. (Soy beans. These can also be bought frozen in Asian Stores- sub peas)

Now just a word about fins and head type things. Make sure the fish monger cleans the scales off for you. If you want to get rid of fins, tail fins and even the head first you can. Scissors do a great job on fins and tails and the fishmarket can cut the head off for you when you buy it. I definitely don’t mind eating around those things but some people do and if that is you then go for the fish Brazilian. 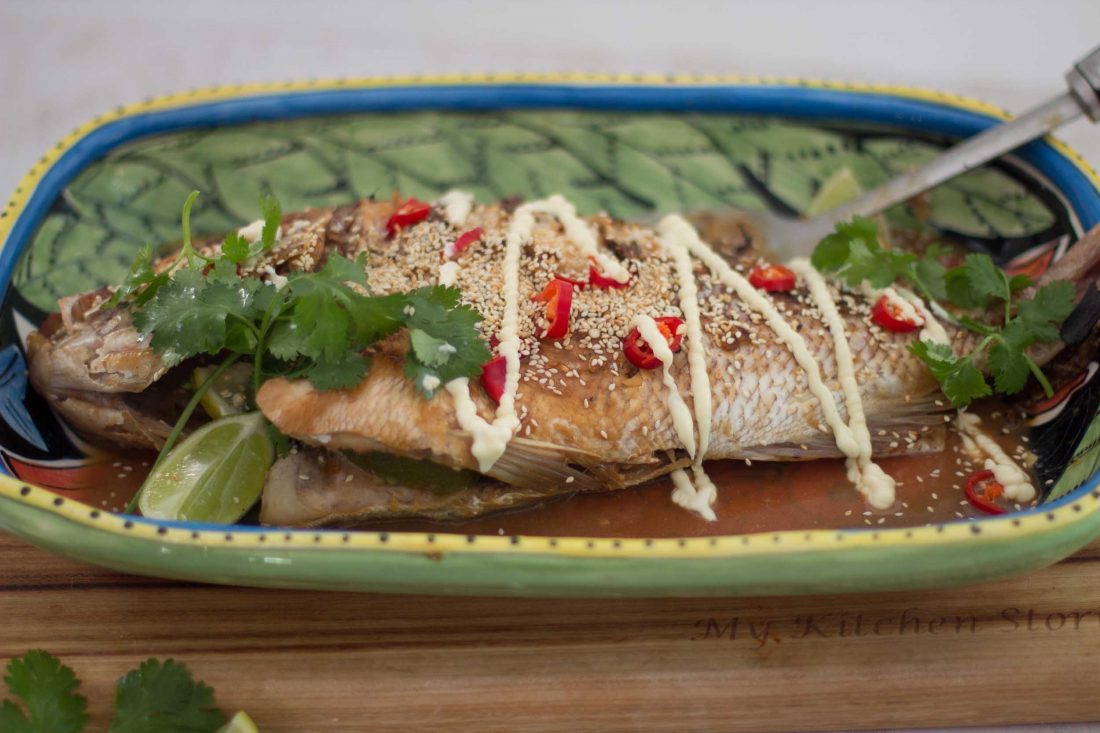 This is called a plate sized Snapper and weights in at about 1- 1/2 kilo. Don’t be tempted to cook it for any longer than about 10 minutes each side or it will be overcooked. It’s quick. Get everything else ready before you cook . 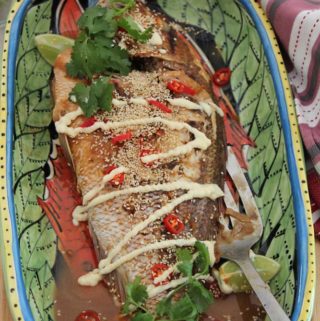 If you like this you will love : BBQ Salmon with Sesame and Snapper with Lemon and Capers