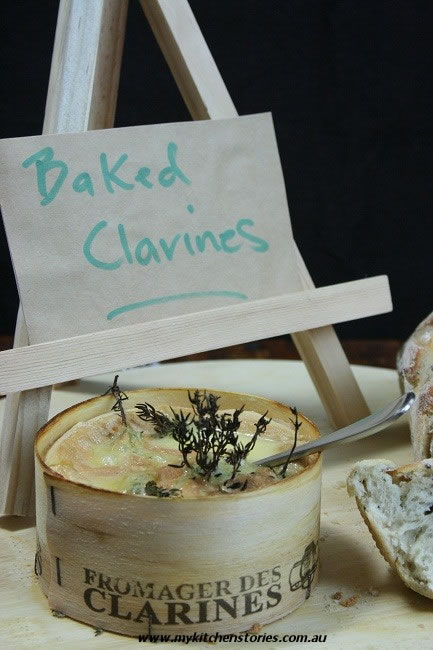 I am a Law abiding citizen for the most part. I have only been behind bars twice, but the second time is another story….

The first time was when I lived in Amsterdam . Going out to exciting nightspots was part of the job, and it would have been criminal not to indulge. Working for a travel company allowed me to live in cities undetected by the usual  working authorities. The aim was to do your job and stay out of trouble.

We lived an incredible life, showing people the city and having fun. Our favourite hairdressing salon was called Freaks where we had piercings and hair colours. The unhealthy lifestyle eventually pushed us into attending almost daily Gym sessions, just down the road from some of the cities most infamous coffee shops.

Soon despite all of the late nights and early mornings ( as I still had to cook 2-3 meals for 200 people a day ), I was feeling fit and strong. That’s why I was arrested! 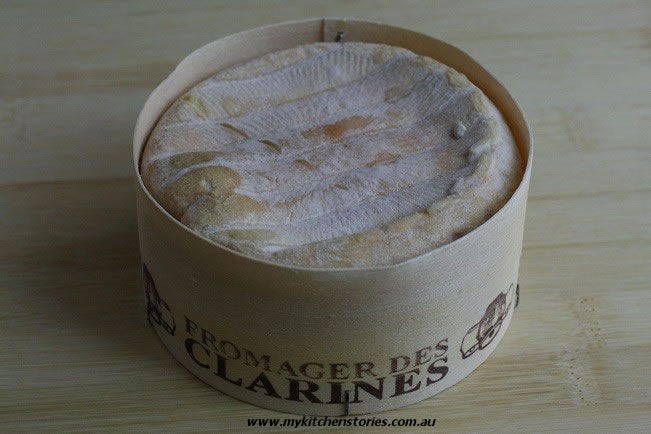 Walking home one morning, after a rather long night, we were having a whale of a time laughing and singing and probably annoying all of the neighbours.  Picking our way through some road works, along half constructed footpaths and unsealed road, near our building their were road construction signs. They were stand alone signs with ‘ wegwerkzaamheden!’ written on them and pictures of workers with hardhats. They had a large round base a metal pole and the rounded sign on top, they looked to me like a great way to test out my muscles.  Unfortunately the policemen that pulled up in a car and arrested me, were not as impressed with my strength as my friends were. Many hours later when we were released from our stuffy prison cell and sent on our way. There was much explaining to be done, and we were not very popular for drawing such attention to our home full of ex pat Aussies.

This week I found myself once more in bewilderment of the law.
In these times of food shortages, floods and droughts it is hard to feel that food wastage is acceptable. Food regulations are out of control in my cheese world and it often means that my family and my friends who like cheese, get more than they bargain for when I gift them with perfectly ripe , delicious cheeses that would just be beginning their lives in fridges in Europe. Instead we must waste food that has a best before as a guide . Age is not important…. unless you are a cheese, here maturity is everything.

So with your permission I will once again be loud and colourful and will not stay out of trouble. 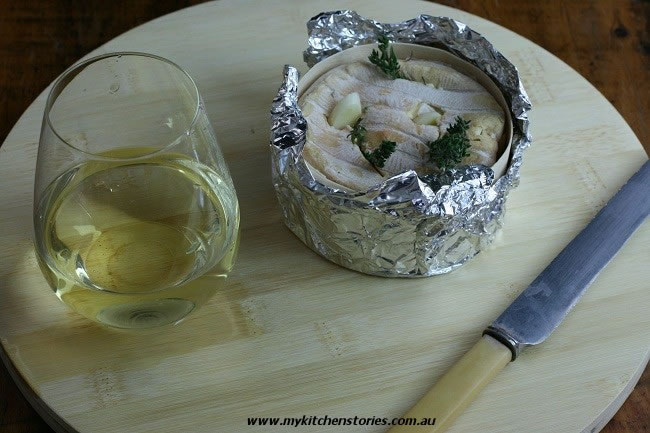 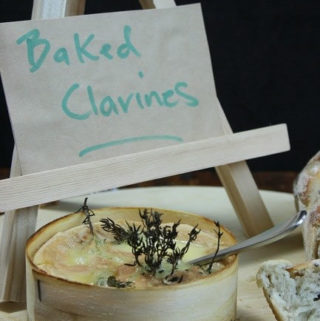 Clarines is a French washed rind cheese. You could use another cheese but look for a Clarines because they are delicious baked
Print Recipe Pin Recipe 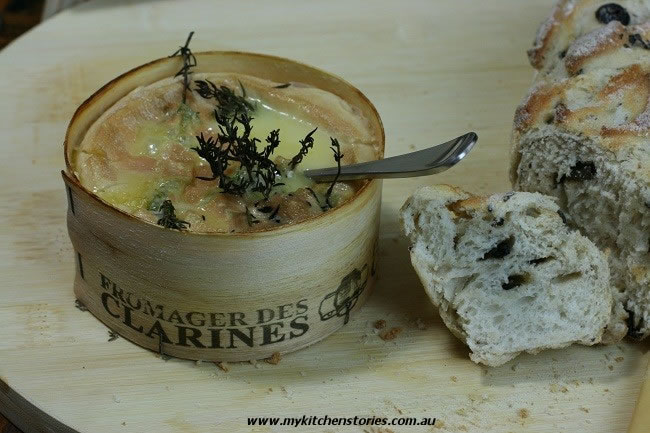