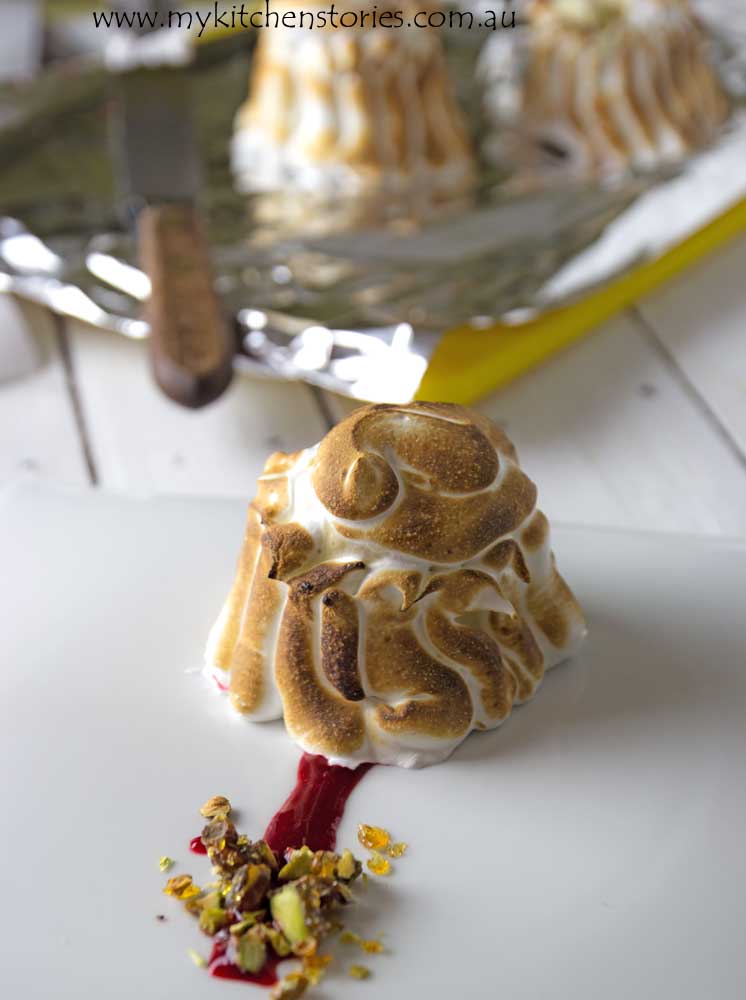 I have been saving this recipe and pictures for about 6 months for the perfect time.

The reason I’ve been saving it is because its such a great do ahead treat for Christmas. I’ve noticed baked Alaska’s have suddenly become very popular ….and so they should they are perfect for summertime. This is a guide …put anything in them you like. ( as long as you send me a picture). 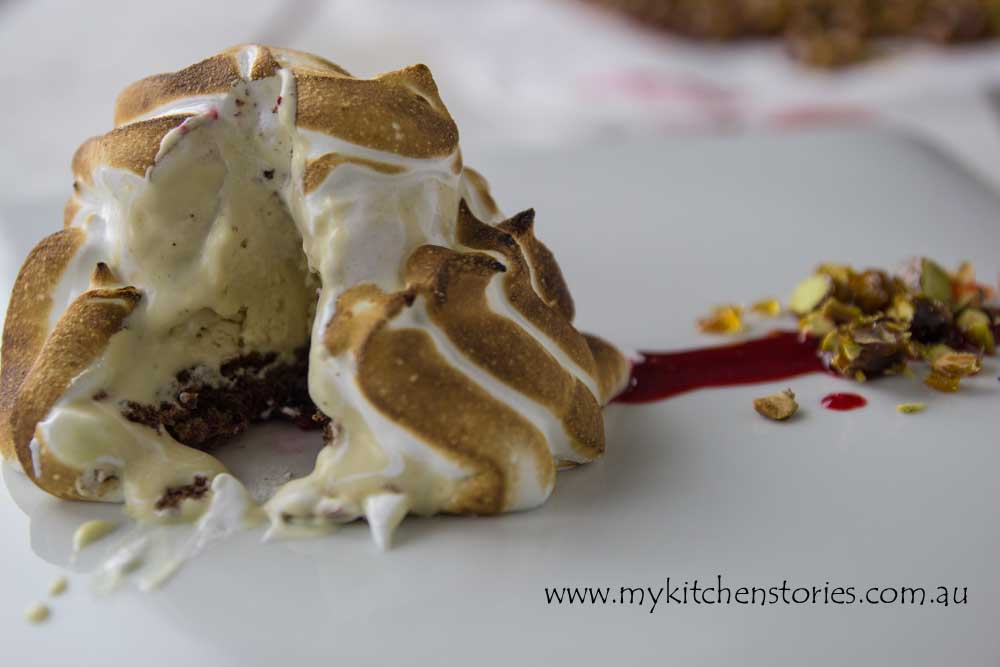 Baked Alaska… Cake , Ice cream, Berries and Praline, what could be better?….. not much in my books. I made this the other day amongst a discussion of it’s origins. As usual every country steps up to claim the invention of such a delicious dish. In this case the French try to muscle in and so do the Chinese but of course we all know the real beginnings of the Baked Alaska were in America. The name ‘Baked Alaska’ was coined at Delmonico’s Restaurant by their chef Charles Ranhofer in 1876 to honour the recently acquired American territory. What do you know…….. invented in America!. It is sometimes called a Bomb Alaska, as a small puddle can be made in the top, liqueur added and then it is set alight when brought to the table. I’m going with the unlit version. 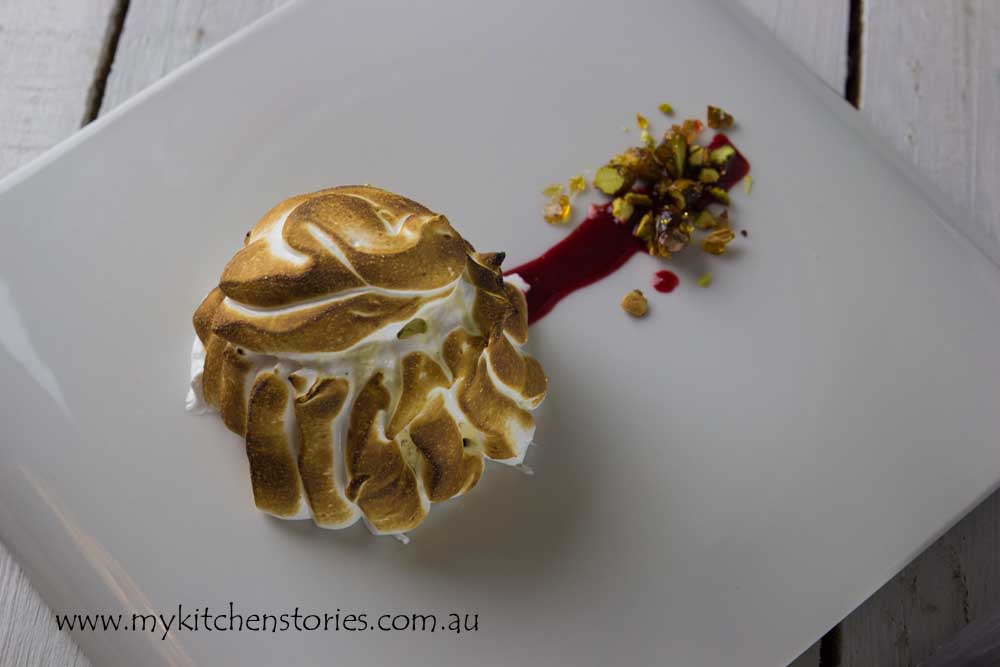 All I know is it’s delicious. The meringue is browned either under a hot grill or in the oven and this layer on the outside protects the ice cream. It’s a great summer dessert. Make the inside ahead of time and the meringue when you serve them or if you like you can pipe and  re freeze and brown when you want to serve. I have added the recipe for cake and icecream but you could use store bought if you want. The golden syrup ice cream is easy and delicious and doesn’t require an ice cream machine. I first used it here to go with Tarte Tartin 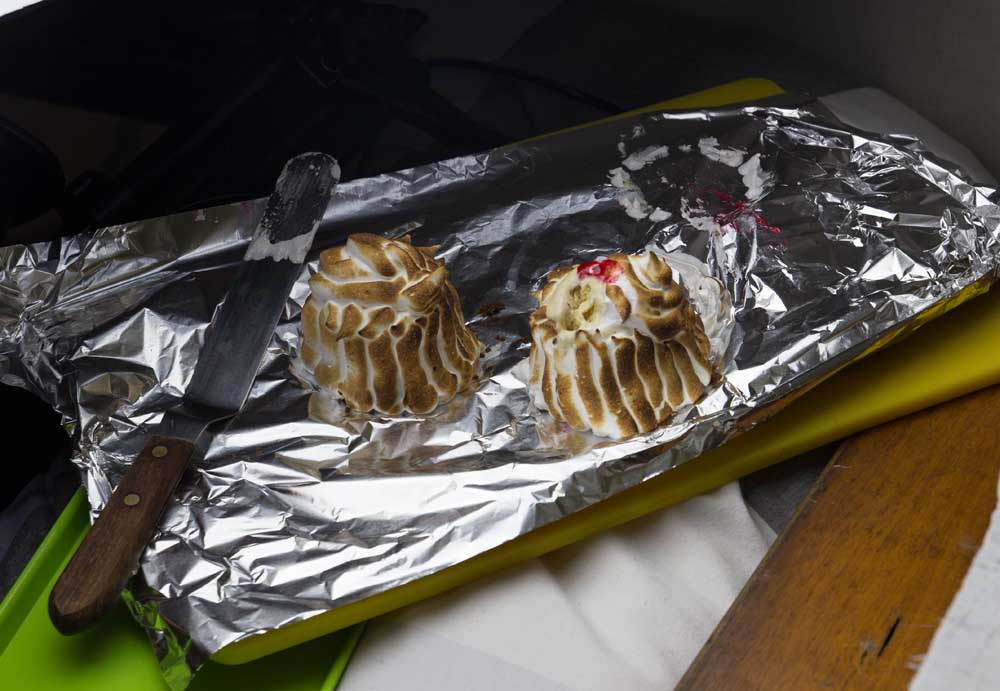 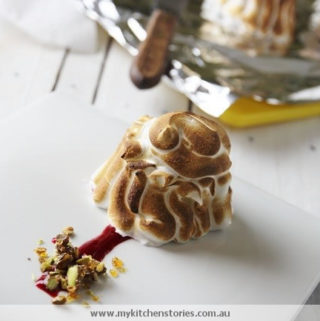 This is a very impressive dessert you can make ahead and finish when you need it. This recipe uses Australian Cup measurements
Print Recipe Pin Recipe
Servings 6

Additional bits to make it perfect