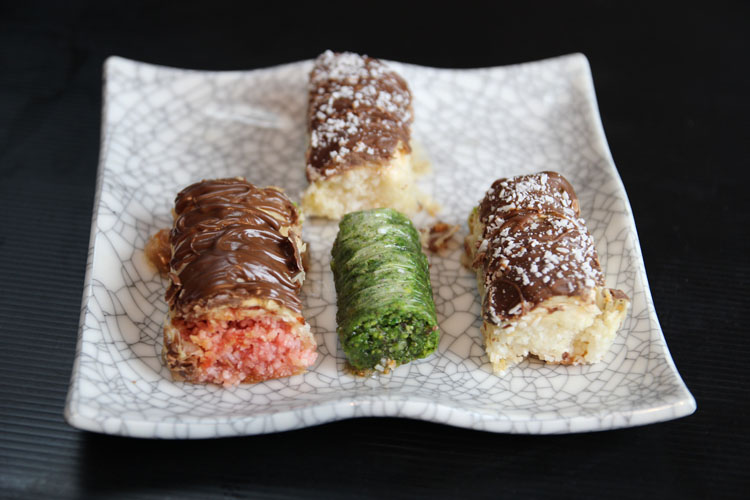 I am not sure about you but the perfect day for me would be any that I spent with one of my sisters, which usually also means eating and today I am going to lunch and on a field trip to hunt down some cushions. My sister loves cushions in fact I think she may be somewhat of an expert on the subject of cushions.

We decided to meet in a shopping precinct we don’t usually go to. Out along Parramatta Road in Auburn where there is an abundance of exotic food and an incredible choice of shopping ideas. This is a surprisingly multicultural area on the road out to the heartland of the western suburbs of Sydney.  The traditionally Anglo-Celtic European and Turkish populations have slowly been replaced by a high percentage of immigrants from Chinese, Vietnamese and Lebanese backgrounds and now has fast growing Somali, Bosnian, Iraqi, Iranian, Afghan, Pakistani and Moroccan communities. It is an immense melting pot and home to Australia’s biggest Mosque.  No wonder there are sights and smells that are not familiar. In fact it is a bit like we have landed in another country… Amazing. 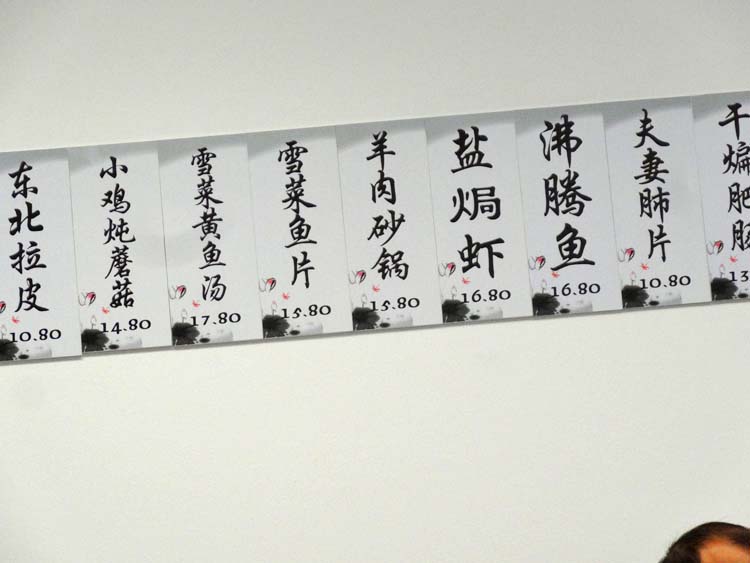 Chatting endlessly, as you do with your sister, we became a bit scattered (that’s a cushion joke) and couldn’t decide if it should be hunting for food or shopping first and in typical fashion we got lost.  After wrong turns, laughing and joking about never coming out alive we pulled off Parramatta Road for a breather into a large parking area and, there it was, the Super A Mart at 311 Parramatta Road, just past the Mega Mall we were originally heading for.  Super A Mart, doesn’t that sound like we took a wrong turn on Route 66? Curiosity draws us into the store where a huge banner boasts 50 months interest free, which I hope we won’t need to buy cushions. (I did say my sister loves cushions, right?)

There were cushions in there alright almost mountains of them, and large wall cupboards full of more. This is cushion central. We tried a few of them on a brilliant chair that we instantly fell in love with.  Have a look at the cushions we chose to go with the chair and guess which ones we just couldn’t leave behind. And, well, the chair was so good she wanted that too. We arrived in a smallish car so we couldn’t take the chair home but they are holding it till tomorrow when she’s going to return and make use of the trailer they lend to customers for free! You can order via the internet but then you won’t get to try out all the cushions will you? 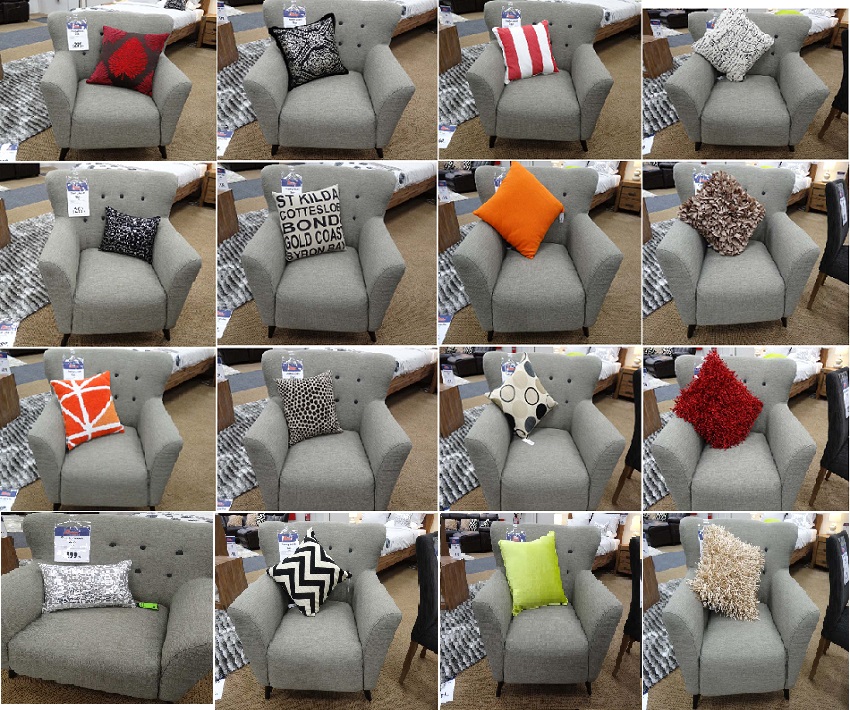 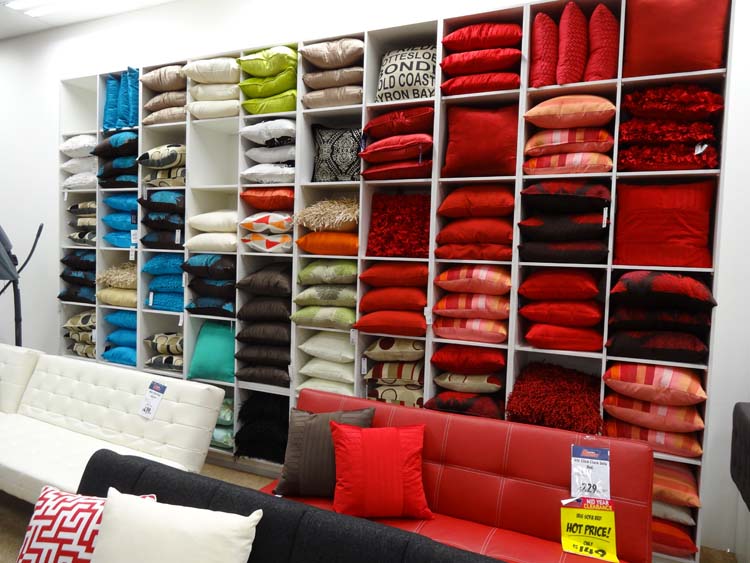 Later we wandered down along South Parade opposite the railway station where we peeked into shops and restaurants with a distinct international flavour. This street is clean and new but in through an arcade and behind is an almost ancient shopping mall that looks to have been one of Sydney’s first. The only reminder we are in Sydney is the huge green Woolworths banner down one end in a corner.

We choose Taste 101, a Chinese restaurant at number 124 because I remember seeing it on Lorraines blog, and specifically for the wacky sounding dishes on the menu. It’s clean and very simple and we had a bit of a laugh at the unfortunately spelled “Stir fried Vage with Prawn” and ” Black bean and Beef with Monolithic Sauce” , before ordering two gigantic swimming pool sized soups for $7.50 each. These two dishes were probably not the best example of what’s on offer from the encyclopaedic menu, but we couldn’t shut up long enough to study such a long menu. Our loss really because the broad range of dishes is amazing. I loved the spicy hot choices that you don’t often see in Chinese restaurants. The front counter is piled with eat on the run snacks, including lots of  flat round pork and vegetable buns and in the counter beneath another selection of sweet and savoury plates ready to go . 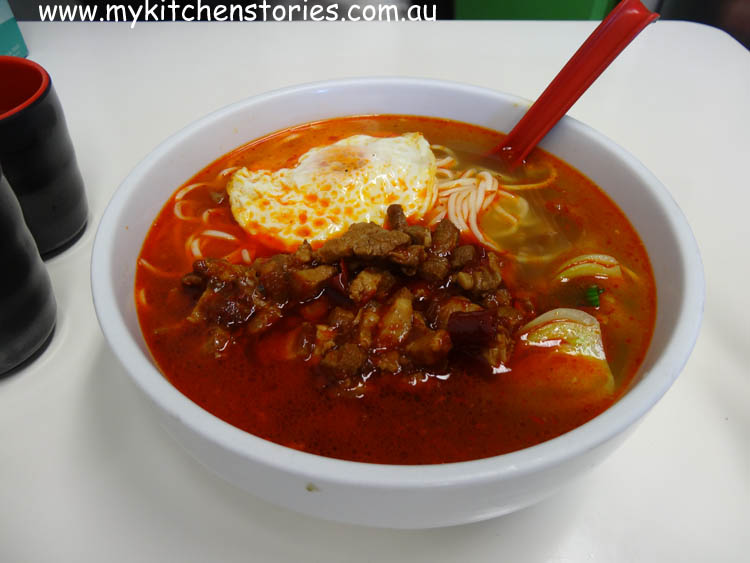 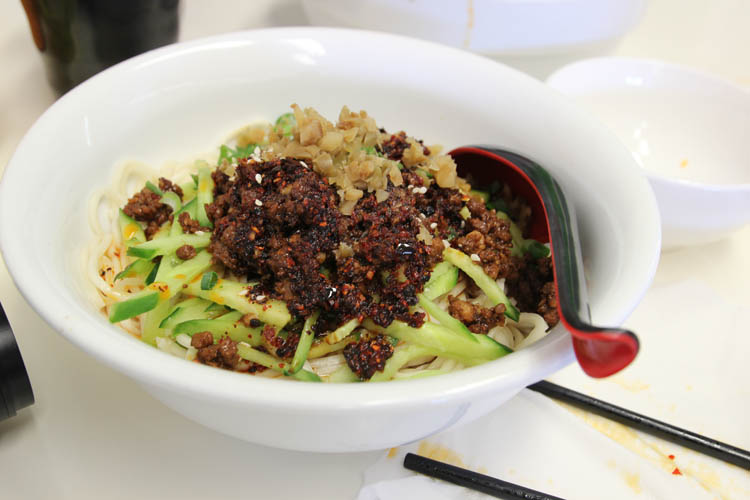 On the way back along South Parade these new age Baklava in flavours like Cherry Ripe and Bounty catch our eye in the window at the Patisserie called Gaziantep. Gaziantep is the name of a city in south eastern Turkey. It’s one of the oldest continuously inhabited cities on the planet. In this area of Turkey, they specialise in Baklava and a pastry chef can be trained for up to 5 years before ever getting their hands on the actual pastry.  The shop is pristine and out the back behind a glass panel there’s a small army working away making fresh new batches of delicious sweets. The variety of Baklava here is quite different to the Lebanese shops in my local area of Sydney. The more traditional Baklavas are crunchy and full of the best quality nuts and gorgeous syrup. I am spellbound by the emerald green Pistachio Ladies Finger. 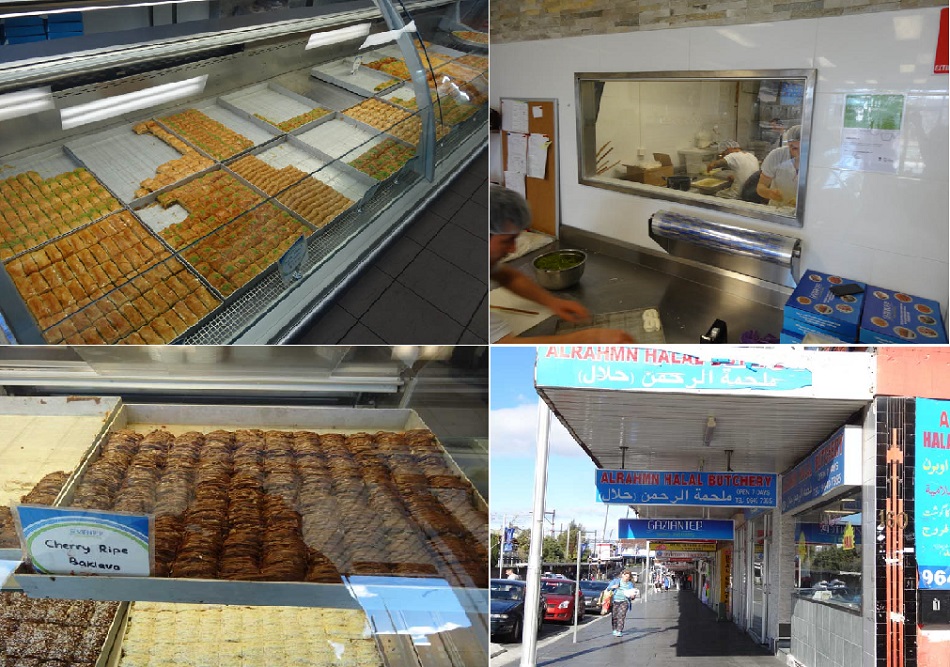 Rolling the pastry up with crushed Pistachios

And now, aren’t you itching to know what cushions we bought at Super A Mart? Ok, it was the Black embroidered one (2) and the beige one with tiny brown spots. (10). And, I hear you asking about that chair? 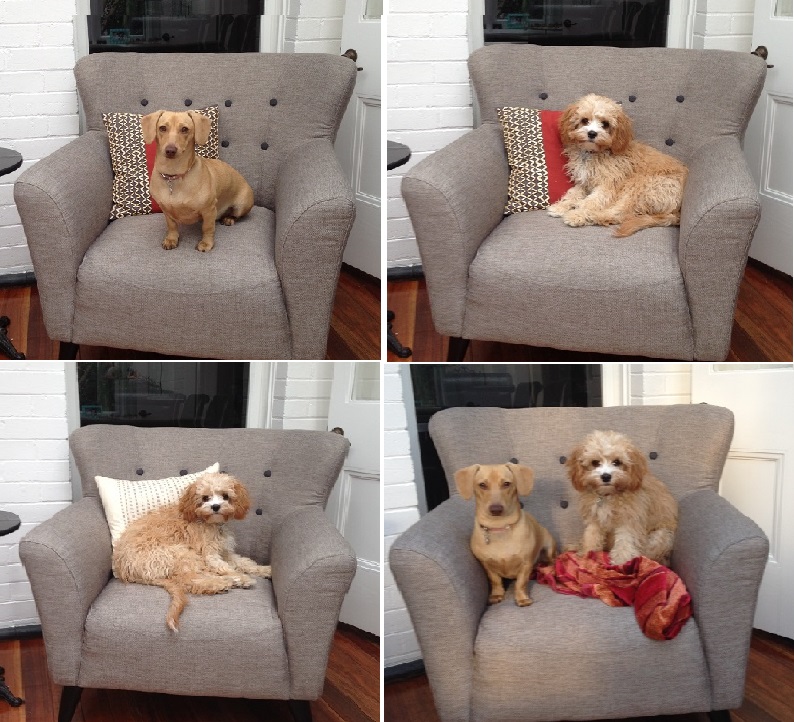 It’s found a great new home and I hear the family loves it. 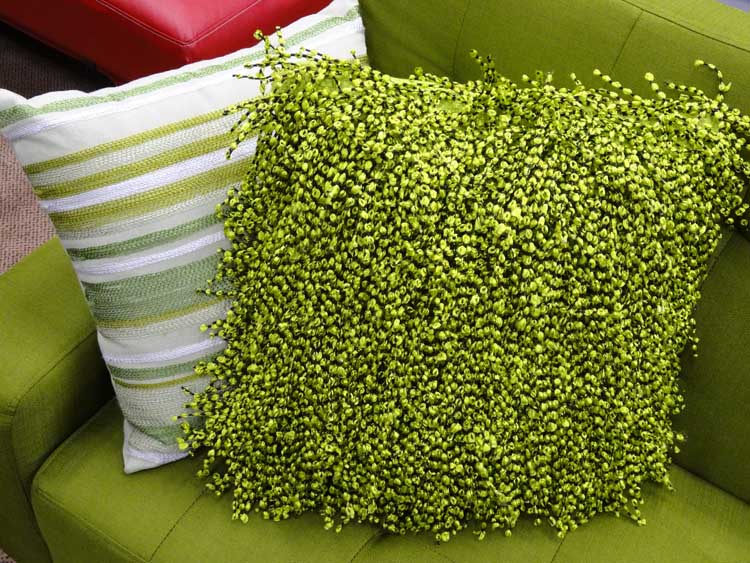 This cushion has att-IT-ude dude. I think it could do with its own facebook page.

Super A Mart stores are found in all states except NT and Tasmania.

0 shares
Previous Post: « How to decorate a Spiderman Cake
Next Post: Beer Steamed Mussels – In My kitchen »