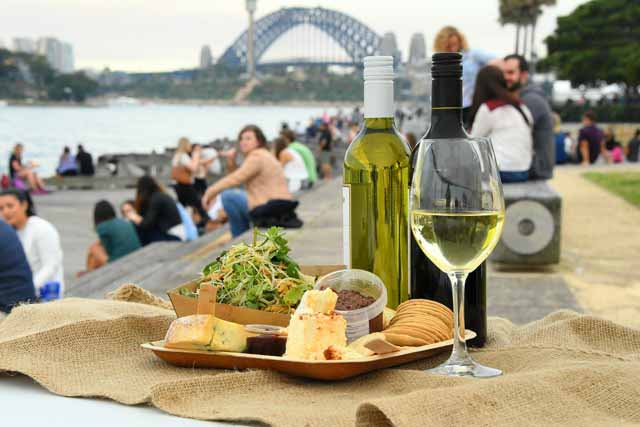 Kicking off this week the annual Pyrmont Mudgee Food Wine Festival is in its 7th year.

The highlight of the celebrations is always the two day festival at Pirrama Park on Saturday 20th and Sunday 21st May 11 am- 5pm. There will be a lineup of Mudgee Wines to taste, art, food, entertainment and samples. Tasting tickets start at $20 with a glass and 5 tickets. This year there’ll also be a beer garden. 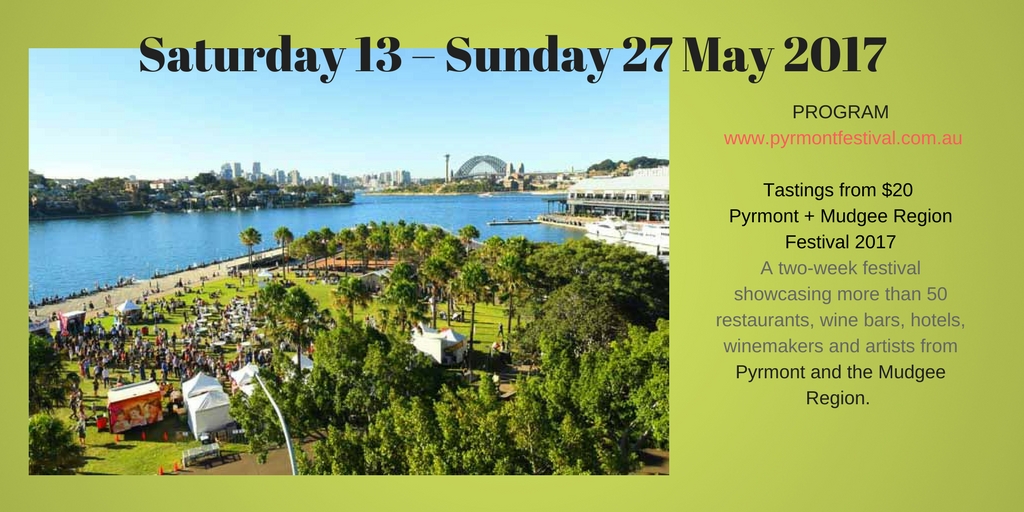 The Pyrmont Mudgee Food Wine Festival began on a high note for me with a classy opening party #cherrybar at The Star and featured lots of the wines that are showcased at the festival. (I tried to sample them all for you but….!)

Although the festival showcases art and celebrates the Pyrmont areas inner city diversity it’s a lot about that Mudgee wine and food so here’s a few things you may not know. 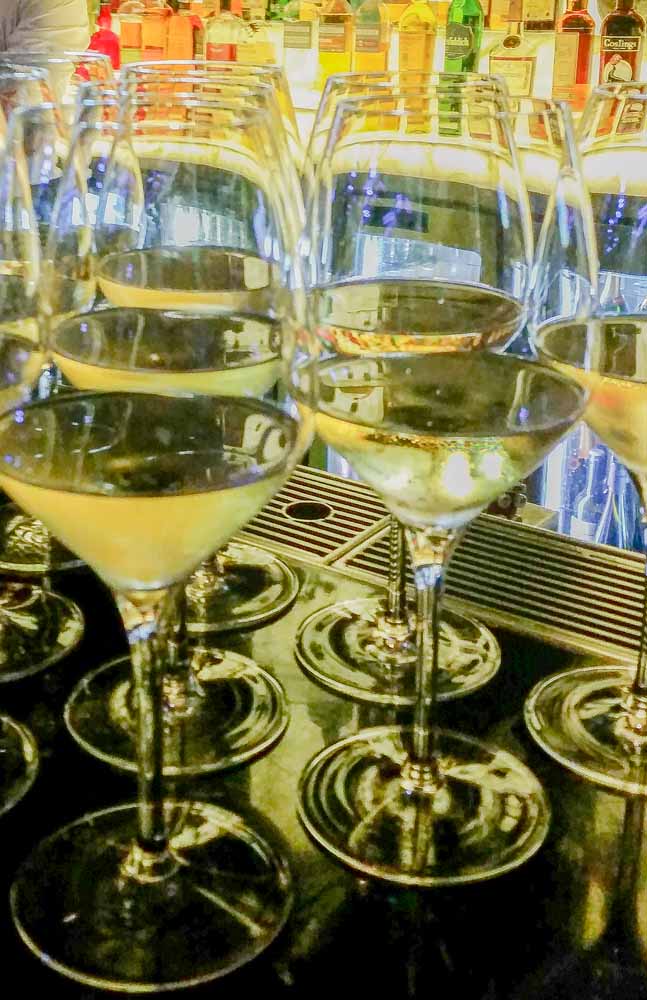 Did you know that Mudgee Region is the third largest grape growing region in NSW and one of the oldest too? There have been grapes grown here since 1850 and there are more than 110 growers and over 30 cellar doors to visit.

I had no idea they specialised in Chardonnay here. Chardy hasn’t always been my favourite drop but I have reconsidered that now I have sampled some of these. Shiraz and Cabernet Sauvignon also benefit from the temperate climate of vineyards high above sea level allowing the berries to slow ripen in the rich red soil.

Although success with North Italian varietals Barbera and Sangiovese are being celebrated now, the first plantings of Sangiovese, Nebbiolo and Barbera were brought to Australia in 1974. I can only say that as recently as last week I have officially fallen in love with First Ridge Barbera 2015 closely followed by Skimstone Sangiovese Rose 2015. A astonishingly pink Italian style dry Rose with no sweetness. 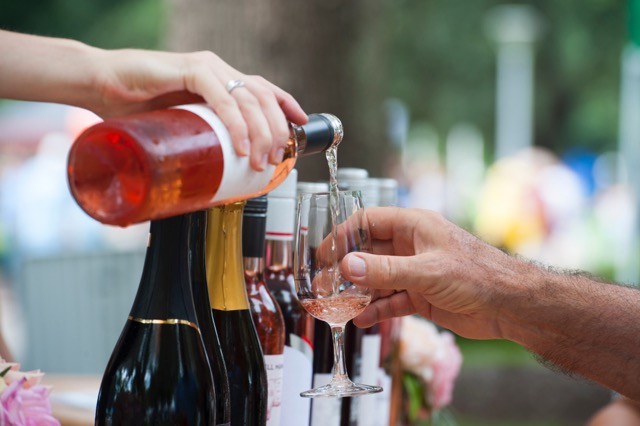 The Mudgee Region is of course not all about wine it’s about eating too. The area encompasses Mudgee, Rylstone, Gulgong, Kandos, Hill End, Soffala, Hargraves, Glen Davis, as well as other noteworthy villages and towns. These destinations not only provide a backdrop for local food and wine, but also some of our most important history. Here the Gold Rush brought most of the first pioneers to the region leaving behind interesting architecture and historical gems.

I had no idea it was only a 3.5-hour drive from Sydney. The local food scene sounds like just the sort I would love to discover. I can imagine that most of the local produce can be hunted down at the Mudgee Farmers Markets (every third weekend in the month) or the Mudgee Farm gate trail

Food products include honey, free range lamb, pork and beef, hazelnuts, pomegranates, olive oils and even bean to bar chocolate. ( Beans are sourced from Vanuatu and have a very distinct flavour- Spencer Cocoa).The High Valley Cheese Company is making some award-winning and better still adventurous cheeses. They source milk from Little Big Dairy Co. in Dubbo. You can visit them for tastings at what they call the “cheese factory café and cellar door ‘’ squeal*– does that mean they have wine there too? 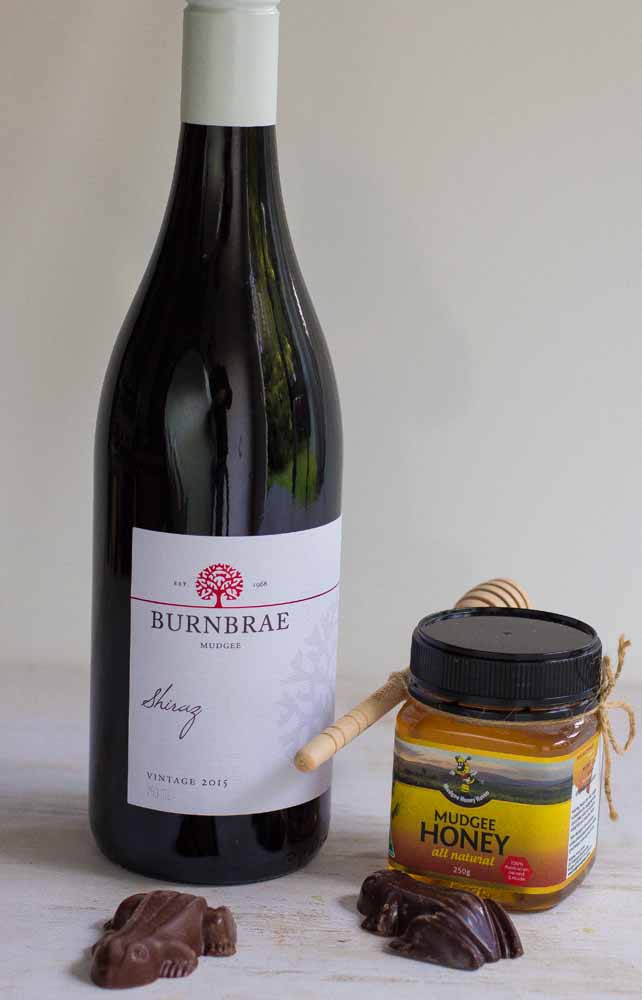 What if… you aren’t into wine , wine bars or coffee?. (Don’t go on a trip with me then)

There is a DISTILLERY.

If you can’t make the Pyrmont Mudgee Food Wine Festival you could always go to the Mudgee Wine and Food Festival that starts in September 8th finishes 2 Oct in Mudgee. AND if that’s not enough there’s always the annual Mudgee food and Wine Festival at Balmoral Beach more here.

I am told you can get on a pushbike and ride your way around this heavenly sounding place too. Who’s up for a road trip?

WINES AT THE Pyrmont Mudgee Food Wine FESTIVAL INCLUDE:

MKS was invited to the launch of Pyrmont + Mudgee Wine and Food Festival but is not partnered with organisers. All opinions are my own.

My favourite wines on the night were the product of multiple taste tests.